What happens to those who have never heard the Gospel? 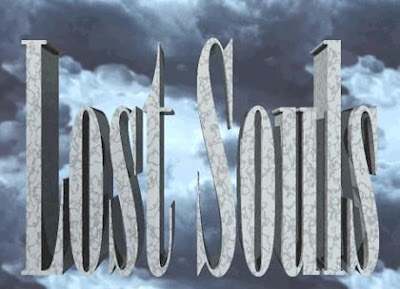 In short, we do not know! 'The secret things belong to the Lord our God' (Dt 29:29). Certainly we cannot speak for any individual. However, the Bible does not leave us totally in the dark and various approaches towards an answer can be made.

The Justice of God

If Christianity is true, then God is a morally perfect and just being. He also knows everything and his very nature is love. The idea that on the Day of Judgment there will be a massive miscarriage of justice, either because God didn't know or didn't care is inconceivable. Such a God would be an evil tyrant, not the merciful Lord revealed by Jesus. So whatever does happen would leave any moral observer entirely satisfied that the God of all the earth has done right (Gn 18:25).

No-one is totally ignorant about the true and living God. 'For since the creation of the world God's invisible qualities - his eternal power and divine nature - have been clearly seen, being understood from what has been made, so that men are without excuse' (Rom 1:20). This includes the moral character of God as evidenced by our consciences (Rom 2).

The Old Testament heroes of faith had little knowledge of Jesus yet found God's mercy. Jesus described Abraham, Isaac and Jacob as feasting in the kingdom of heaven (Mt 8:11) while heaven itself is described as being at Abraham's side (Lk 16:23). Christ's sacrificial death on the cross hundreds of years later seems to have acted retrospectively for them (Rom 3:25, Heb 9:15). Is it not possible then for others who have not heard of Jesus to respond to the knowledge of God they do have in the way those heroes did?

We needn't conclude from this that such an admission would be to undermine the church's missionary task. After all, those men were the shining exceptions, not the rule. Moses descended from his encounter with God on the Mount to find the Israelites worshipping a golden calf! The lament of the Psalmist was that God looks down from heaven to see if there are any who seek God, only to find 'Everyone has turned away, they have together become corrupt; there is no-one who does good, not even one' (Ps 53:1-3). Rather, it is the preaching of the Gospel that is God's chosen means of disturbing the complacent, bringing conviction of sin and calling men to himself. Those who hear his call begin to seek after God for mercy and forgiveness.

Jesus promises that those who do seek after God will find him (Mt 7:7).This may mean that they will come to hear the good news about Jesus in this life. But clearly that wasn't the case for the Old Testament characters. It may therefore mean that such people can live without any assurance of forgiveness and yet are forgiven by God through the atoning death of Jesus, after casting themselves on God for his mercy. The Gospel then would bring such seekers not so much forgiveness itself as the assurance of being forgiven.

Only God knows how individuals will fare on the day of Judgment. Such matters are no proper concern of ours. 'Vengeance is mine, ' says the Lord, 'I will repay' (Rom 12:19). Yet we have every reason to believe that God will do what is right. Everyone has enough knowledge of God in order to seek after him but the general situation is that men do not, even though their consciences condemn them. Hence we are called to proclaim the Gospel and urge that men and women be reconciled to God (2 Cor 5:20). Certainly, those who have heard the Gospel and rejected God's offer of forgiveness will be judged on a totally different basis from those who while remaining in substantial darkness earnestly seek the truth, confess their sins and cast themselves on the mercy of God.

(From CMF's Confident Christianity Course)
Posted by Peter Saunders at 13:57