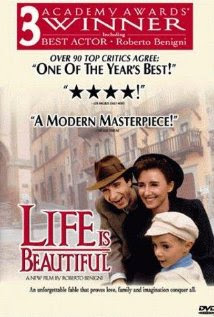 I have previously related on this blog the inspiring story of Daniella Jackson, a 21 year old mother who beat cancer after refusing to sacrifice her unborn child.

Daniella did not know whether she would survive from her illness, but such was her love for her baby that she was willing to take the risk and if necessary lay down her life for her.

She survived but not all of these rare stories end in this way.

Life News this week reports on a mother in Spain who has died after postponing her cancer treatment save her baby (more detail on EWTN ).

Barbara Castro Garcia, a journalist who worked for the Diocese of Cordoba in Spain, died last week on July 4.

Her husband, Ignacio Cabezas, said Garcia gave her life for her baby girl out of love ‘for her daughter, for me and for God,’ and he hopes people now will ‘honor her as she deserves.’

Barbara Garcia was diagnosed with cancer of the tongue on 15 July 2010 during her pregnancy.

She had the cancer locally excised but needed further tests and treatment which would have posed a death to her unborn child. For this reason she opted to postpone further treatment until after her baby was born.

He daughter (also called Barbara) was eventually born four months later in November 2010, after which a mouth surgeon began treating her mother again, as the pain had intensified.

After the operation, Barbara was left without a tongue and only part of her jaw. The last months were difficult and she eventually died from her illness 18 months later.

In a letter to his wife, her husband Ignacio wrote: ‘I sensed we were going to suffer a lot, that it would be very hard and probably very long, but I also assured you that, no matter how hard it was, afterwards I would make sure you were the happiest person in the world, that all the effort was worth it, that we would enjoy our daughter and that we would have to prepare ourselves for an uncertain and horrible period.’

He says that now he ‘feels a strength of faith that I had never felt before. I feel invincible...God is holding on to me and he doesn’t want to let me go.’

It is so rare that many obstetricians will not see a case personally in a lifetime of practice. But it does sometimes happen that a mother is called upon to make this kind of decision.

Few of us will ever be asked to make such a sacrifice but we also do not know what life has in store for each of us, and such stories give an opportunity to be prepared for such situations arising.

In the context of Christian faith, with the conviction of God’s sacrificial love for us his children and in the certainty of the resurrection, they bring a reminder that the necessary strength by God’s grace can be found.

And his own resurrection from the dead gives the assurance that we too will be raised to new life with him and be reunited with those we love form whom we have been temporarily separated by death.

A similar theme of parental sacrifice, but in the context of war, is the subject of one my favourite films La Vita e Bella (life is Wonderful) (picture above).