Why should we trust the pro-euthanasia lobby if they can’t even agree amongst themselves about what they want? 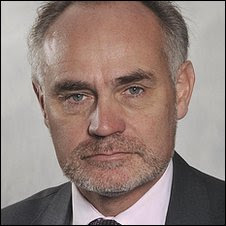 When euthanasia became a dirty word the Voluntary Euthanasia Society changed its name to ‘Dignity in Dying’ in January 2006.

In 2008 Conservative MP for Reigate Crispin Blunt (pictured) claimed responsibility for the move.

‘I claim responsibility for encouraging the Voluntary Euthanasia Society to change its name’ he exclaimed in a in a Westminster Hall Adjournment Debate on 11 November 2008.

A Daily Telegraph editorial titled ‘Euthanasia’s euphemism’ remarked at the time of the name-change that it was ‘hard to shake off the suspicion that euthanasiasts are shy of spelling out what they are really about, viz killing people’.

Then when assisted suicide became a dirty term ‘Dignity in Dying’ began talking about ‘assisted dying’ instead.

But whilst appearing to become more and more modest in their language at the same time they now so divided in their agendas such that we don’t actually know what they want.

When Lord Falconer published his sham assisted dying commission report in January this year (he has now published a new draft bill based on its recommendations) it was clear that the pro-euthanasia lobby had messed up their coordinated choreography.

Falconer said that it would only be for people who were mentally competent and mentally ill. ‘Stringent safeguards’ would be put in place to protect those who may not have the mental capacity to make the choice, anyone suffering from depression or those who feel under pressure from friends and family. In addition, the patient would have to take the medicine themselves, as a sign that the decision was voluntary.

But DID patron, and fantasy novelist, Terry Pratchett, who funded Falconer's 'inquiry' told Sky News that the report did not go far enough.

Right to die campaigner Debbie Purdy agreed. She was reported in the Evening Standard as claiming that thousands of other patients with chronic and painful health conditions should also get help to die if they asked for it.

‘We need to find a way so that the non-terminally ill can also end their lives. Some people will want to fight on to the end but for others who are suffering unbearable pain it can be torture’, she said.

And Margo Macdonald, Scottish MSP said in the Scotsman that while she welcomed Falconer’s report, her new bill in Scotland would go further.

‘In the process of pursuing patient autonomy and the rights of the patient to determine when to end a life that has become intolerable to him or her as a result of their irreversible condition, I think our proposal may be slightly ahead of Lord Falconer’s work so far.’

It was no surprise then that Falconer himself told the Daily Mail that his plan that would allow doctors to help the terminally ill kill themselves was not ‘watertight’.

He admitted that no such system could ever be ‘completely watertight’ – undermining his own claim that his plan contains ‘stringent safeguards’.

Quite! Which is exactly why we should not be going down this road at all.

Australian campaigner Philip Nitschke said at the annual conference of right to die societies in Zurich earlier this year that the movement had now split into two opposing camps. His view is that 'any rational adult (over a certain age), can peacefully and reliably end their life themselves at a time of their choosing'.

If the pro-euthanasia lobby can’t agree themselves about what they want you can be certain that if the law ever does change at least some of them will not be satisfied and will soon be pushing for more.

Best not to go there at all. Too dangerous! Legalising assisted suicide for anyone at all will inevitably lead to incremental extension.