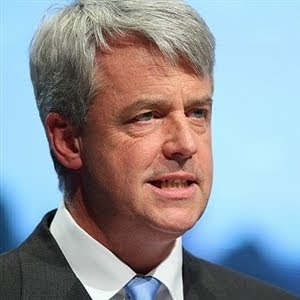 Fourteen NHS abortion clinics have broken the law by allowing doctors to pre-sign forms authorising a termination according to the health service regulator in England.

This is in breach of the Abortion Act, and allows the second doctor to take a solo decision to allow a termination.

The breaches were uncovered in an investigation ordered by Health Secretary Andrew Lansley (pictured) who asked the CQC to investigate whether the practice, first identified in January, was widespread.

The Abortion Act 1967 requires a form (HSA1) certifying that the requirements for a termination have been met to be signed by two doctors before the procedure takes place.

The story has been covered by the Telegraph, Daily Mail and Guardian which give more details.

I have pasted the full ministerial statement below along with the list of NHS Trusts involved. It makes it very clear that the police are now involved.

Sadly the response of both the Labour Party and abortion providers to all this has been openly contemptuous.

Abortion is still a crime unless it is carried out under the provisions of the Abortion Act and the reason two doctors signatures are involved is because abortion involves the taking of a human life.

Clearly in the case of these 14 NHS abortion clinics at least one named doctor has put his or her signature to statutory documents knowingly and wilfully making false claims.

This is a form of perjury (see below).

The CQC must already have the doctors’ names (as their signatures will be on these forms) so the police should also have them very shortly.

If the law is being properly upheld then, on the basis of the facts presented in the media, it would seem the next thing we should expect to hear is that at least 14 doctors are being prosecuted for perjury.

I wonder if we will.

Section 5 of the Perjury Act 1911 reads as follows:

The Secretary of State for Health (Mr Andrew Lansley): Following reports of potential breaches of the Abortion Act 1967, in March 2012 the Care Quality Commission (CQC) undertook a series of unannounced inspections of all abortion providers. The focus of these inspections was whether abortion certificates (Form HSA1) had been signed by doctors before a woman had been seen in the clinic. The law requires two doctors to certify that at least one (and the same) ground for abortion exists in relation to a specific woman.

At the end of the inspection process, the CQC set up a national quality assurance panel to review findings, judgements and action. The CQC have today published 249 inspection reports on their website, www.cqc.org.uk. Inspectors seized evidence from around a fifth of providers where issues of consistency and completeness of HSA1 forms were identified. Clear evidence of pre-signing was identified in a total of 14 providers and the CQC have required compliance actions be taken by all of these providers to ensure that their practices meet the standards set in law by a set date.

Investigations by the police, General Medical Council, and Nursing and Midwifery Council continue and further referrals may result from the publication of the CQC reports. We await the outcome of these investigations.

In the meantime, my officials will work with a number of bodies including the CQC and the Royal College of Obstetricians and Gynaecologists to address the findings from these inspections.