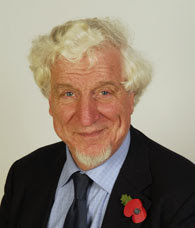 There is an editorial in the British Medical Journal this week by a retired professor of philosophy titled ‘Sanctity of life law has gone too far’.

Raanan Gillon (pictured) reviews the case of M, a woman in minimally conscious state, who was the subject of a court of protection ruling last year.

I have written about the case before on this site, both before and after the judgement, and spoke to the Telegraph about it earlier today so I won’t repeat all the details again here.

Essentially the judge decided that M’s feeding tube should not be removed as she did not have a valid and applicable advance directive in place. Instead he gave priority to preserving her life.

First he felt that the judge ‘did not accord “significant weight” to the patient’s previously expressed values, wishes, and views’. But in fact these were not sufficiently clear and in the absence of a clear statement of the patient’s wishes, Justice Baker was simply giving precedence to the preservation of life over uncertain autonomy.

Second, Gillon was unhappy that decisions about starting or stopping life prolonging treatment, including the withholding or withdrawal of artificial nutrition and hydration, for all incapacitated patients should be brought to the Court of Protection. But in so doing the judge was simply acting in accordance with precedent laid down in the Tony Bland case (involving a man in persistent vegetative state) and outlined in the Mental Capacity Act 2005.

Gillon’s real problem is that he doesn’t like the current law and considers that the lives of some seriously brain-damaged people are not worth living. He thinks that giving nutrition and hydration to people with severe brain damage or dementia is not beneficial and that they should have this basic care withdrawn and allowed to die.

His real reasons come out later in the editorial:

‘The logical implications of this judgment threaten to skew the delivery of severely resource limited healthcare services towards providing non-beneficial or minimally beneficial life prolonging treatments including artificial nutrition and hydration to thousands of severely demented patients whose families and friends believe they would not have wanted such treatment. The opportunity cost will probably be reduced provision of indisputably beneficial treatments to people who do want them.’

Now this statement is very interesting indeed as M was not actually demented, just seriously brain damaged. In addition she had some degree of residual brain function.

It is noteworthy that Gillon is very selective in his reporting of these facts and conveniently does not mention that M had some awareness of herself and her environment, some understanding of language, occasionally spoke, appeared to be able to appreciate some things that were said to her and responded to music. Although she regularly experienced pain, this was not constant or extreme, and her condition was stable. And unlike dementia patients, who are terminally ill, she had a non-progressive condition.

Gillon's suggestion, that severely demented and brain-damaged people should be sedated, starved and dehydrated to death on the basis of their friends and relatives vague and contradictory recollections of 'what they would have wanted' would create a most dangerous precedent and place us on a very slippery slope indeed.

His implication that we should be withholding nutrition and hydration from such people so that we can spend the money elsewhere is chilling and demonstrates precisely why we don't give doctors, politicians and most importantly philosophers (like Gillon!) the power and authority to make such decisions on utilitarian grounds.

People who are severely brain-damaged or suffering from dementia, but not imminently dying, should be given nutrition, hydration, symptom relief and warm human interaction until the day that they die peacefully and naturally.

We don’t kill them either by giving them lethal injections or dehydrating them to death and we ensure that there is adequate legal protection in place so that no one who has an interest in their deaths, whether financial or emotional or to get rid of an unwelcome care burden, should be able to exploit or harm them in any way.

The law is there primarily to protect vulnerable individuals from exploitation and abuse and as such it needs the strength to deter individuals and institutions who have something to gain, financially or otherwise, from another person's death.

It does not need changing and the involvement of the Court of Protection in difficult cases is a necessary and effective safeguard.