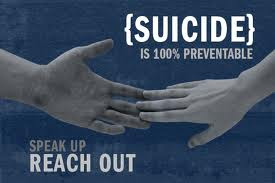 The BBC2 documentary ‘Choosing to die’ was an attempt by the pro-euthanasia lobby, aided by the BBC, to romanticise and normalise suicide.

After witnessing a man with motor neurone take his own life by drinking poison at the Dignitas facility, Terry Pratchett, fantasy novelist and patron of the Voluntary Euthanasia Society (now rebranded ‘Dignity in Dying’), declared that ‘this was a happy day’ and that he had just been in the presence of ‘the most courageous man he had ever met’.

He waxed lyrical about ‘the right kind of snow’ falling outside and announced that he himself would lie to die ‘in the sunshine’ after he had lost the ability to dictate novels.

But Pratchett was talking about a man he hardly knew. What we did not see, and what Pratchett was either unwilling, or incapable, to convey, was the wider picture – the effect of suicide on family and friends – and the feelings of loss, betrayal, failure and grief that only those who truly loved the deceased can truly understand.

Suicide is always a tragedy. One life is cut short and the lives of those left behind are changed forever. People react in different ways. Some will suffer under the burden of guilt that they could have done something more to change the victim’s state of mind.

Others may try to cope with the pain of the loss by trying to convince themselves and others that the person really wanted to die and is now better off dead.

Some will even attempt to romanticise the death in some way or to recast it as an act of bravery or self-sacrifice, rather than one of despair and abandonment.

But the reality is that suicide is never beautiful. It is ugly. And it has consequences.

I was therefore interested to read this week a different kind of testimony: the honest but harrowing account of a daughter who had accompanied her mother to die in Zurich previously, and the effect these events had had on her family.

Rona Royle, who was suffering from motor neurone disease, took her life at Dignitas on 17 December 2009, one of 160 Britons who have died there since the clinic opened in 2002.

The death was witnessed by her 78-year-old husband, their daughter Karen and her partner David.

Karen and David now find it impossible to erase from their minds the memory of the place where she died: a ‘blue tin shed’ on a barren industrial estate, with no views, just a scrubby patch of garden littered with cigarette butts.

‘It reminded me of a gas chamber. I felt like I was taking Rona to her execution’, said David.

Karen and David, who live in Anglesey, believe the Pratchett documentary failed to address the distressing reality of assisted suicide - especially for those left behind.

Rona’s determination to end her life split their family in two. Karen says her brother David, who took over their father’s building business when he retired, found it impossible to come to terms with his mother’s diagnosis and decision to end her life.

He was not present in Zurich, and he and Karen no longer speak. Her two children, aged 21 and 17, are now estranged from his children.

The death also had a profound effect on her father:

‘Watching Mum die seemed to totally disconnect Dad’s mind,’ she says. ‘He was very confused and wouldn’t settle when we returned to the hotel. He didn’t even recognise David any more.

‘I couldn’t cry for Mum because I had Dad to look after. In the early hours, we had to call out a doctor.’

By the time they returned to Britain, Jim didn’t even recognise his own home, where he’d lived with Rona for 21 years. He died from cancer six months later.

‘Compared with Mum, Dad had the better death, without a doubt,’ says Karen.

‘Although his body was riddled with cancer, he died peacefully at home with us.’

Like many of those who have helped family members kill themselves, she felt she had not other choice but to go along with it.

‘For us, it was horrific, but Mum was a very proud, meticulous woman, and she couldn’t face what this disease would take from her.

‘I cherished my mum. I would have cared for her to the end of her days, if that was what she wanted. I didn’t want to lose her, but we loved her and we could not deny her wishes.’

We often speak of the pressure that changing the law might put on vulnerable people to end their lives for fear of being an emotional or financial burden on others.

But we need to remember that the current law is also there to protect what Bishop Michael Nazir-Ali has called the ‘vulnerable assister’; the loved one who is placed under pressure to go along with the suicide, either out of misguided compassion, or because they fear incurring the disapproval of the one who is so desperate to end it all.

The current law allows relatives to say, ‘Even if I wanted to help you mum I can’t. It is against the law. We’ll have to find some other solution than suicide.’
Posted by Peter Saunders at 14:40