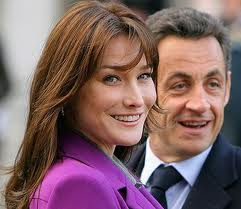 At the same time as David Cameron is actively backing the legalization of same-sex marriage French President, Nicolas Sarkozy, is actively opposing it.

He has explained why in a wide-ranging interview in the leading newspaper Le Figaro.

When asked ‘Do you support gay marriage?’ the French President replied as follows:

‘I'm not in favour of it. I proposed in 2007 civil unions. We have not implemented it because we realized that it was unconstitutional to open this contract only to homosexuals. The civil union would have undermined the institution of marriage. However, I made sure that homosexuals were guaranteed the same benefits in terms of inheritance and taxation as married couples, but as part of the Pacte Civil de Solidarité. In these troubled times when our society needs benchmarks, I do not think we should blur the image of this vital social institution of marriage.’

Redefining marriage is also undemocratic. None of the political leaders who are supporting the legalisation of same sex marriage, including Cameron, announced it as a priority in their election manifestos. There is already a huge amount of opposition to the move and pressing ahead with legalisation will lead to considerable dissension and division. Legalising same sex marriage to appease a small minority is wrong and it should not be foisted on the British people without proper consultation about whether rather than how it should be done.
Posted by Peter Saunders at 06:01