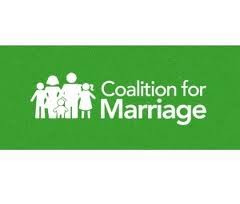 I have signed the Coalition for Marriage petition and Christian Medical Fellowship is supporting the campaign.

There are over 30,000 signatures so far – please add yours and encourage others

Throughout history and in virtually all human societies marriage has always been the union of a man and a woman. Marriage reflects the complementary natures of men and women. Although death and divorce may prevent it, the evidence shows that children do best with a married mother and a father.

No need to redefine

People should not feel pressurised to go along with same-sex marriage just because of political correctness. They should be free to express their views. The Government will be launching a public consultation on proposals to redefine marriage. This will provide an opportunity for members of the public to make their views known.

Marriage: ‘the most successful partnership in history’ (Opening Address)

Same-sex marriage - 24 articles on all aspects of the UK debate
Posted by Peter Saunders at 14:10