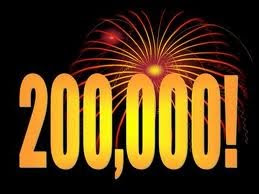 Christian Medical Comment (CMC) was launched in December 2009 with a post titled ‘Goats and kitchen sinks for Christmas’ but I started blogging regularly in September 2010.

For those who like that sort of thing here are some stats.

CMC has been ranked in the 20 top UK blogs in the Religion and Belief category in the wikio rankings for the last eight months and currently stands at 5th. It ranks 256th overall amongst wikio’s over 210,000 registered blogs.

CMC was a finalist in the 2011 Christian New Media Awards in the ‘Best Christian Blog’ Category and was listed in the Jubilee Centre's seven best blogs giving a Christian perspective on social and political issues in November 2010.

60% of readers come from the UK, 15% from the US and 7.5% from Canada, Australia, Germany, Russia and Ireland with the remaining 17.5% coming from other countries around the world.

My ten most popular all time posts, with 24,309 views between them, are as follows:

The most popular posts in the last week are listed on the right.
Posted by Peter Saunders at 10:42