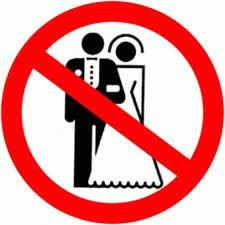 Fifteen months ago Gay Rights activist group Stonewall did not have a position on same sex marriage but this week they have published a bill calling for its full legalisation just weeks before the government issues a consultation paper on how it should be done.

The two-page bill lists five legislative steps it says are necessary and Stonewall is calling upon the government to publish a White Paper, consulting on the detail of how to implement its proposal, and not a Green Paper which would simply consult on the wider principle.

This places Stonewall at loggerheads with gay rights activist Peter Tatchell whose ‘Valentine’s Day wish’ is for ‘Equal Love’: that is an end to what he calls the ‘twin legal bans’ on same-sex civil marriages and opposite-sex civil partnerships.

The Stonewall draft bill also amends the Matrimonial Causes Act 1973 to remove the terms ‘husband and wife’ and replace them with ‘parties to a marriage’.

Finally it contains a clause allowing government ministers to extend its provisions at a later date, suggesting that these initial proposals are simply a first step towards more radical changes later on.

The bill also does not address the legal difficulties of how consummation and adultery are to be legally defined.

Tory MP, David Burrowes, is facing an ‘intolerant’ campaign against him because of his opposition to homosexual marriage. The campaign is led by the treasurer of his local Conservative association, Phillip Dawson, who is homosexual.

Dawson says it is not acceptable for David Burrowes to vote against same-sex marriage and lead MPs in an effort to retain traditional marriage.and has launched a campaign on Facebook and Twitter against him.

David Burrowes, the Tory MP for Enfield, Southgate and head of the Conservative Christian Fellowship, is the latest of a number of public figures who have recently faced intolerance because of their support for traditional marriage.

The Archbishop of York, Dr John Sentamu, received racist hate mail following his comments that marriage is between one man and one woman. Police are investigating the incidents.

Meanwhile, a Roman Catholic Bishop has urged MPs ‘of Christian conscience’ to rebel against their party leaderships and vote down plans to legalise same-sex marriage.

The Rt Rev Mark Davies, Bishop of Shrewsbury, who is thus far the most senior Roman Catholic figure in England and Wales to speak out, has urged politicians to help protect the ‘God-given meaning of marriage for the sake of all generations to come’.

The Bishop’s intervention comes just weeks after reports that more than 100 Conservative MPs could vote against David Cameron’s proposals on same-sex unions.

Marriage is a human institution recognized by virtually all societies and bound by legal contract – with a specific legal definition, ‘the voluntary union of one man and one woman to the exclusion of all others for life’ (Hyde vs Hyde;1866).

Calling something ‘marriage’ that is not marriage, in order to appease a vocal minority, does not make any sense, and as we have seen above, cannot be done without changing the nature of marriage itself.

Equality under the law does not mean uniformity and same sex couples already have the legal option of forming civil partnerships which grant them virtually all the rights of married couples. A same sex relationship, however committed or permanent, is not marriage and should not be called marriage.

It is not up to governments to redefine marriage – but simply to recognise it, to accept that it is not open to everybody, and to seek to protect it and promote it as the bedrock of society that it is.
Posted by Peter Saunders at 23:20