Council at centre of prayer storm votes to appeal 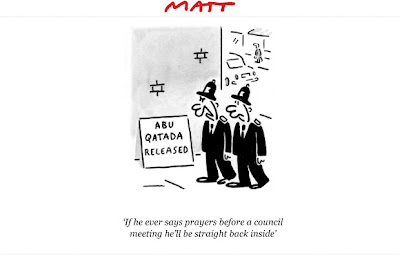 Bideford Town Council, the Devonshire Council which last week was banned from having prayers as part of its formal meetings, has voted to appeal the decision.

And Cabinet minister Eric Pickles described the decision as ‘illiberal and intolerant’.

The Telegraph cartoon pictured says it all.
Posted by Peter Saunders at 10:22