Same sex marriage is a legal can of worms 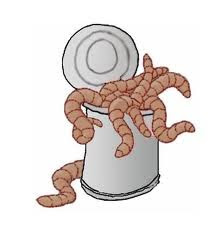 The Prime Minister intends to legalise same sex marriage and is launching a consultation in March to ask how.

But very little has so far been written about by what means it could actually be done.

Marriage is a virtually universal human institution practised by virtually all societies and cultures.

This definition of marriage has long been recognised in British law and was originally based on biblical teaching (Genesis 2:24).

Marriage was then formally defined in a famous court case late in the 19th century. Lord Penzance, in Hyde v Hyde in 1866, called it:

So there are, in other words, four conditions for a marriage:

•it must be voluntary
•it must be for life, ie the parties’ intention at the time of the marriage
•the union must be heterosexual
•it must be monogamous

By contrast the Civil Partnership Act 2004 (CPA 2004) defines civil partnership as a formal legal relationship between two people of the same sex. It gives same-sex couples virtually all of the rights and privileges of married couples.

The President of the Family Division has even described civil partnerships as conferring ‘the benefits of marriage in all but name’.

There are some differences in English law, between a marriage and a civil partnership, but these differences focus not on the rights they confer, but on the genders of the partners, the procedure and place where the partnership is formed, and the roles of consummation and adultery in making and breaking the relationship.

So how might same sex marriage actually be legalized?

There are essentially three options.

Option 1 would involve upgrading the Marriage Act and scrapping the Civil Partnership Act. It would also involve rewriting a lot of legislation (because of the number of other Acts of Parliament which refer either to marriage or civil partnership).

But it would also require some redefinition of marriage. At present a marriage can be declared void if it is not ‘consummated’. And if necessary, whether consummation has been achieved needs to be determined by medical examination. But how is a lesbian or gay marriage to be consummated? Interesting question!

In the same way adultery is grounds for divorce, but the legal definition of adultery is based on (how does one say this politely?) a certain kind of genital contact. So how exactly do lesbian or gay couples commit adultery? Or are the consummation and adultery definitions just to be dropped?

But the biggest problem with Option 1 is that many gay and lesbian couples might not want their relationships upgraded and may protest vehemently should civil partnerships be scrapped… which brings us to Option 2.

But, according to an assessment done for Stonewall by a former civil servant, the cost of implementing this option would be around £5 billion. The figure relates to a theoretical increase in straight couples taking up the opportunity of civil partnerships, with knock-on implications to their entitlement to pension and tax benefits.

One would have thought this is not something the government would be keen to contemplate at a time of economic recession in order to appease a small minority interest. Also it still leaves us with the definition problems described above around consummation and adultery.

Option 3 is the simplest of all administratively. It simply involves renaming civil partnerships as same sex marriages. So, essentially, the Marriage Act would be left as is, and a ‘find and replace’ done on the term ‘civil partnership’ in the Civil Partnership Act. Cheap and simple perhaps, but the problem is that it is simply a semantic trick that will not satisfy those who want ‘real equality’. Gay activists do not want ‘same sex marriage’, they want ‘marriage’.

So legalising same sex marriage is not as simple as one might think. Given that civil partnerships are already ‘marriage in all but name’, is it really worth the hassle and the huge political fight that will be necessary to achieve it?

Another reason I would have thought for leaving the whole thing well alone.
Posted by Peter Saunders at 09:50