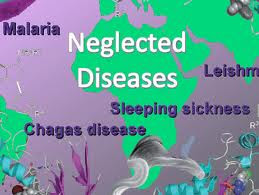 Here is an amazing good news story I first read about on Aljazeera which has had wide coverage outside the UK but has been largely ignored by the BBC and most British newspapers.

I have previously highlighted on this blog that by focussing exclusively on HIV/AIDS, malaria and TB, Western governments and NGOs have neglected other easily treatable and curable diseases.

Reaching everyone in Africa who needed treating would cost $200 million a year, a mere fraction of the $15 billion a year being spent on malaria, HIV and TB.

But this week a fantastic breakthrough has been announced.

Thirteen major pharmaceutical companies, government groups and health charities will work together in a push to eliminate or control by 2020 ten tropical diseases that affect more than a billion people in poor countries.

The partners, including the Bill & Melinda Gates Foundation, call it the largest coordinated effort ever to combat neglected tropical diseases. The government groups and charities alone are committing just over $785 million in new funding.

The drug makers are donating billions of doses of their medicines over the rest of the decade, but did not attribute a value to them. The companies also will work together to speed up development of new treatments, and the partners will work on improving drug delivery and treatment programs, including prevention and education.

The project, announced Monday at the Royal College of Physicians in London, aims to meet the goals of the World Health Organization's roadmap for controlling the diseases by 2020.

The Bill & Melinda Gates Foundation is the project’s biggest donor, with a five-year, $363 million donation to support research and operations. The U.K. Department for International Development is committing about $305 million, and the U.S. Agency for International Development is providing $89 million. That's on top of USAID’s $212 million investment since 2006. Other governments or charities are giving smaller amounts.

This is wonderful news indeed but in reading the main thing that struck me was the miniscule cost of this project alongside the scale of our British national debt.

I have previously also remarked that the cost of tackling non-communicable diseases (eg. heart disease, cancer, chronic respiratory disease and diabetes) worldwide each year in poor countries is less than 1% of what we spent bailing out British banks.

This cost, calculated at £7.2 billion, is more than ten times what has been pledged this week but less than 1% of what we will spend bailing out British banks (£850 billion). Much has been made of the £45 billion of taxpayers money used to bail out Royal Bank of Scotland (RBS). But this £850 billion total is almost 20 times that.

According to the National Audit Office the Government spent £117 billion buying shares in banks and lending directly to financial institutions.

The audit office also suggested that the bill could rise further, as the total of investments, guarantees, loans and insurance schemes established to support the banks meant that the taxpayer was liable for up to £850 billion - £40,000 for each family.

The £850 billion includes buying £76 billion of shares in Royal Bank of Scotland and the Lloyds Banking Group; indemnifying the Bank of England against losses incurred in providing more than £200 billion of liquidity support; guaranteeing up to £250 billion of wholesale borrowing by banks to strengthen liquidity; providing £40 billion of loans and other funding to Bradford & Bingley and the Financial Services Compensation Scheme; and insurance cover of over £280 billion for bank assets.

Given how little it costs in comparison to prevent, treat or eliminate disease imagine what impact we could have made had we chosen to invest our money in caring for the poor rather than in borrowing to live beyond our means!

Perhaps this is one reason why the former Archbishop of Canterbury, George Carey, recently said that Britain’s public debt, which last month topped £1 trillion, was the ‘greatest moral scandal’ facing the country.

God said of Sodom, ‘Now this was the sin of your sister Sodom: She and her daughters were arrogant, overfed and unconcerned; they did not help the poor and needy. They were haughty and did detestable things before me. Therefore I did away with them as you have seen.’ (Ezekiel 16:49, 50)

If this was what he thought of Sodom, I wonder what he thinks of us.
Posted by Peter Saunders at 08:39