Most people with locked-in syndrome do not wish to die 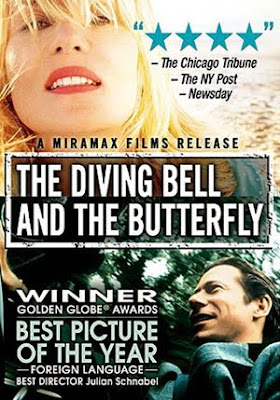 Tony Nicklinson is 58 and paralysed from the neck down after suffering a stroke in 2005. He is seeking legal permission for a doctor actively to end his life.

A Channel 4 Dispatches programme tonight,'Let our dad die', put Tony’s case with powerful emotion but it did not tell us that most people with locked-in syndrome do not actually think like this man.

No one can help but be sympathetic to Tony Nicklinson but cases like his are extremely rare and hard cases make bad law.

The overwhelming majority of people with severe disability - even with ‘locked-in syndrome’ - do not wish to die but rather want support to live and the longer people have locked-in syndrome then generally the better they learn to cope with it and find meaning, purpose and contentment within the confines of the condition.

Martin Pistorius is a South African man who ended up paralysed and comatose following a throat infection at the age of 12. His awareness began to improve four years later and by the age of 19 had fully returned.

His autobiography,‘Ghost Boy’ tells the story.

Nikki Kenward was left disabled after a partial recovery from paralysis caused by Gullain Barre syndrome. Her own inspiring personal story is well worth a read. Now she campaigns telling people about the dangers that changing the law to allow assisted suicide or euthanasia would pose to those with serious disability.

Then there is Graham Miles, the pensioner who told how he beat ‘locked in syndrome’ after suffering a massive stroke.

But perhaps the most famous of all is Jean-Dominique Bauby, the French editor of Elle magazine, who suffered a severe stroke, from which he never recovered, and yet wrote, the autobiographical ‘Diving Bell and the Butterfly’ which was ‘dictated’ letter by letter and has been made into a major feature film.

Most people with locked-in syndrome are happy, according to the biggest survey of people with the condition.

The desire to die is not primarily about physical symptoms but about the particular person and their ability to adapt to living with a profound disability.

Much as we sympathise with Tony Nicklinson, we should not, as RCGP President Iona Heath argued recently, be seeking technical solutions like euthanasia to what is in reality an existential problem.

That would be a very dangerous precedent indeed.