Why does it now take stories like this to prick our consciences on abortion? 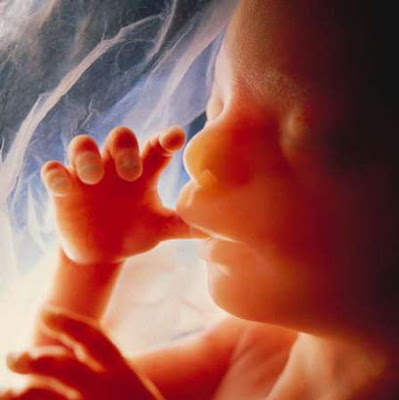 Few people in Britain now raise an eyebrow over the issue of abortion and I was struck by two casual references to it this week in relation to euthanasia.

BMJ Editor, Fiona Godlee, in her controversial article calling for the BMA and other medical bodies to go neutral on ‘assisted dying’ said that doctors were at the same stage with euthanasia that they were with abortion in the 1960s.

The clear implication was that euthanasia, like abortion, would eventually become acceptable to the medical profession and be legalised.

What she didn’t say was that abortion was legalised on the basis that it would only apply to a few extreme cases. But now the medical profession carries out over 200,000 abortions a year in England, Wales and Scotland.

Then there was Jane Nicklinson, wife of Tony Nicklinson, the man with locked-in syndrome who is this week seeking the permission of the High Court for a doctor to end his life with a lethal injection.

In a Channel Four Dispatches Programme screened on Monday night she said that people now accepted abortion but that there would always be a small minority who objected. Her implication was that euthanasia should be viewed in the same way.

There are 42 million abortions carried out now worldwide, with the largest numbers in India and China as a result both of their large populations and the widespread practice of ‘sex selection’ – selectively aborting female babies. 200,000 abortions a year take place in Britain.

Virtually all these abortions are carried out by doctors, although abortion is against the Hippocratic Oath, against the Declaration of Geneva and against the International Code of Medical Ethics. In fact in 1947 the British Medical Association even called abortion 'the greatest crime'. So why this change in attitude?

Abortion is now so commonplace that few stories about it now have the capacity to shock but there have been some revelations this year, which have made even the hardest pro-choice activists draw breath.

The first involved a photo widely circulated on the internet showing a baby whose mother was forced to have an abortion in China.

Feng Jiamei, from Shaanxi province, was made to undergo the procedure in the seventh month of pregnancy. Ms Feng was forced into the abortion as she could not pay the fine for having a second child, US-based activists said.

Her husband said his wife had been forcibly taken to hospital and restrained before the procedure. The BBC's Jon Sudworth in Shanghai says such allegations are nothing new in China, but what has made this one different is a widely circulated photo of the woman lying next to the baby's corpse.

Chinese officials have now apologised to her and the Ankang city government said it decided to suspend three officials in Zhenping county following initial investigations.

Life Site News this week reports on two abortion practitioners who, it is alleged, fed the bodies of girl babies killed in abortions to dogs to hide the fact that they were carrying out sex-selection abortions.

The husband and wife doctor team have been charged with homicide after a woman died but no charges have been laid about the disposal of the babies’ bodies.

Then there is the report of 17,000 ‘Aphrodisiac’ pills made from dead, aborted babies being seized by police in South Korea.

According to Lifesite News the pills originate in China, where manufacturers reportedly obtain the corpses of aborted or stillborn babies from hospitals and abortion facilities, then dehydrate their bodies before crushing them up.

They are sold as sexual stamina enhancers and as alternative medicine for a variety of ailments.

This story has even been reported by the BBC.

Similar allegations regarding the use of human fetuses in China have emerged in the past, including claims that some restaurants in China have served ‘fetal soup,’ and that Chinese beauty product manufacturers have included fetal materials in their products.

Stories like this get wide coverage understandably. But why does it take abuses this extreme now to prick our consciences on abortion?
Posted by Peter Saunders at 15:24