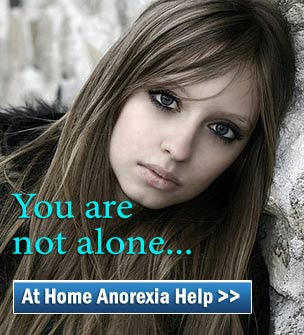 A High Court judge ruled yesterday that it is in the best interests of a woman who suffers from ‘extremely severe’ anorexia to be fed against her wishes.

Sitting at the Court of Protection in London, the judge said it was a ‘very difficult decision’ to make in a situation requiring ‘a balance to be struck between the weight objectively to be given to life on one hand and to personal independence on the other’.

Her case had ‘raised for the first time in my experience the real possibility of life-sustaining treatment not being in the best interests of a person who, while lacking capacity, is fully aware of her situation’.

Giving his conclusion in a judgment made public, he said: ‘The competing factors are, in my judgment, almost exactly in equilibrium, but having considered them as carefully as I am able, I find that the balance tips slowly but unmistakably in the direction of life-preserving treatment. In the end the presumption in favour of the preservation of life is not displaced.’

He declared that ‘it is lawful and in her best interests for her to be fed, forcibly if necessary’ and added that the ‘resulting interference’ with her rights was ‘proportionate and necessary in order to protect her right to life’.

He added, ‘We only live once - we are born once and we die once - and the difference between life and death is the biggest difference we know. E is a special person, whose life is of value. She does not see it that way now, but she may in future. I would not overrule her wishes if further treatment was futile, but it is not. Although extremely burdensome to E, there is a possibility that it will succeed.’

This judgement will no doubt be controversial as it raises questions of what the term ‘best interests’ means when applied to patients who lack mental capacity. But I believe the decision was the right one.

I was asked to comment by the Daily Telegraph yesterday and they have run part of my quote today.

My full statement was as follows:

‘We welcome this ruling. The judge has made a wise and courageous decision in favour of life in this difficult and distressing case. In so doing he has emphasised that all human life is deserving of profound respect and strong protection and also that acting in the best interests of people who are lacking capacity does not always mean acceding to their demands. We do not always know what is best for us and to have abandoned this vulnerable woman at her point of greatest need would have been the wrong option. Where there is life there is still hope and by continuing with care and support there still remains the possibility that she may come to value her life and eventually respond to treatment for her severe anorexia. ‘

Further background to the case is reported in the Telegraph:

The unnamed patient, from Wales, was described as a highly talented and intelligent woman who held ambitions of having a family and becoming a doctor before she became seriously ill in her mid-twenties.

She had twice signed forms last year saying she did not want to be given treatment to keep her alive and had told the judge that she felt her life was ‘pure torment’ and that all her efforts to recover had failed.

The woman’s illness dates back to her childhood. She suffered serious sexual abuse between the ages of four and 11, unknown to her parents. At 12 or 13 she began binge eating and forcing herself to vomit, and started to drink alcohol.

When she was 15 she was admitted to a specialist adolescent eating disorder unit, and later began a medical degree. However, she began drinking heavily after a bad relationship and dropped out of university. Between 2006 and 2010, she spent more than half of her time in specialist units for eating disorders or alcoholism.

The authorities made an urgent application to the court last month because the woman was refusing to eat and it was believed her death was imminent.

I’m sure that many people will be praying for this poor woman in the hope that her treatment will be successful.