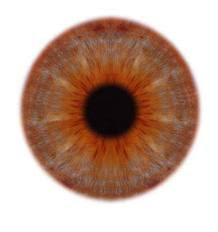 Tony Nicklinson is 58 and paralysed from the neck down after suffering a stroke in 2005.

He is seeking legal permission for a doctor actively to end his life.

However the case has been allowed to go forward to a High Court hearing (A second case (that of ‘AM’ or ‘Martin’) is to be heard at the same time but has attracted less publicity).

The key point to grasp about this case is that Nicklinson, because he is not capable of killing himself even with assistance, is not seeking assisted suicide but euthanasia. So this is an assault on the law of murder and not the Suicide Act 1961.

Nicklinson is pushing for an even greater change in the law than either the controversial Falconer Commission on ‘Assisted Dying’ or the lobby group Dignity in Dying (formerly the Voluntary Euthanasia Society). They campaign for assisted suicide for people who are terminally ill – but euthanasia is one step further than assisted suicide and Nicklinson is not terminally ill.

No one can help but be sympathetic to Tony Nicklinson but cases like his are extremely rare and hard cases make bad law. The overwhelming majority of people with severe disability - even with ‘locked-in syndrome’ - do not wish to die but rather want support to live and the longer people have locked-in syndrome then generally the better they learn to cope with it and find meaning, purpose and contentment within the confines of the condition (See my previous blogs about Bram Harrison, Nikki Kenward, Jean-Dominique Bauby, Martin Pistorius and Matt Hampson)

The desire to die is not primarily about physical symptoms but about the particular person and their ability to adapt to living with a profound disability. Most people with locked-in syndrome are happy, according to the biggest survey of people with the condition. We should not, as RCGP President Iona Heath argued recently, be seeking technical solutions to what is in reality an existential problem.

1.'Necessity' can, in these circumstances, be a defence to murder (see my previous blog for what this means)

2. The existing law of murder, insofar as it denies Nicklinson the chance to be actively killed at his request, is incompatible with Article 8 of the ECHR (European Convention of Human Rights) - dealing with 'right to respect for private and family life'.

Even in a free democratic society there are limits to choice. Every law limits choice and stops some people doing what they might desperately wish to do but this is necessary in order to maintain protection for others. No man is an island and this case is about much more than Tony Nicklinson.
Posted by Peter Saunders at 05:42