Same sex marriage and the politics of elitism 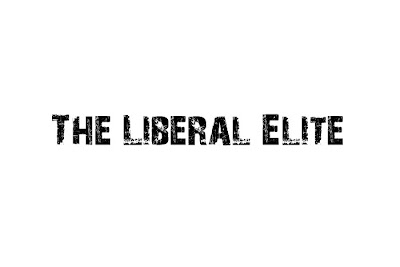 It argues that ‘homophile strategists’ are very adept at manipulating public opinion with an arsenal of six tactics that are based upon deceptions and half truths:

1.Exploit the ‘victim’ status
2.Use the sympathetic media
3.Confuse and neutralize the churches
4.Slander and stereotype Christians
5.Bait and switch (hide their true nature)
6.Intimidation

Clowes’ whole article is well worth a read especially for its references to the early gay rights publication ‘After the ball’ and to American hate-crime statistics.

But I also heard a masterful speech on item 1 (‘Exploit the victim status’) this week by ‘Spiked-on-line’ editor Brendan O’Neill at a London debate on same-sex marriage between Catholic Voices and the British Humanist Association.

O’Neill has now placed it on his website under the title ‘The fashion for gay marriage has nothing in common with the civil-rights campaigns of the 1960s’ – also well worth a read.

He argues that, whilst gay-marriage activists often compare themselves to the civil-rights campaigners of 1960s America, in so doing they actually unwittingly draw attention to the vast differences between these two movements.

The greatest difference, he says, is between the agony suffered by those civil-rights campaigners compared with the celebrity and adulation enjoyed by gay-marriage activists today.

‘In order for gay marriage to become one of the most celebrated issues of our time, embraced by everyone from David Cameron to The Times to Goldman Sachs, nobody had to fight on the streets; nobody had to organise long and bitter boycotts of public institutions; nobody was water-cannoned by the authorities, attacked by police dogs, burnt out of their homes.

Where civil-rights campaigners had to go through all those things and more for their cause to be taken seriously, gay-marriage campaigners just had to say “We want to get married”, and, hey presto, the vast bulk of the political and media class said “Yes! We agree! This is the most pressing equality issue of our time!”’

He draws attention to the ‘remarkable ease with which gay marriage has moved up the political agenda’ showing ‘that this is an issue which the political elite feels very comfortable with’.

‘… for all the gay-marriage activists’ rather desperate claims to be like the oppressed blacks of the past, this is in fact a very elitist campaign. It is underpinned by an aloof and disdainful political outlook.’

He then outlines those areas where the gay-marriage issue has more in common with the modern-day politics of elitism than it does with olden-day civil-rights campaigning:

‘The first is in its snobbery towards vast sections of society; the second is in its intolerance of dissent; and the third is in its indifference to the lives and experiences of everyday people.’

Firstly, its snobbery. Gay-marriage supporters have a real tendency to look upon their critics, not as people who might be won over, but as backward, uneducated creatures, whose minds have possibly been warped by religion.

Opponents of gay marriage are frequently said to be suffering from “homophobia”, which, as one gay writer recently reminded us, is a “recognised mental illness”. ..

…This verbal abuse, so unbecoming of supposedly liberal campaigners, shows the extent to which gay marriage has been turned into a marker of respectability. Expressing support for gay marriage has become a key way of distinguishing yourself from the unenlightened mob. This is one of the main reasons it is so attractive to the political elite – it allows them, everyone from discredited investment banks to fusty old conservative newspapers, to advertise their moral credentials by contrasting themselves with the ignorant homophobes at large in society.’

Secondly, there is the intolerance of dissent. If gay marriage really is a civil-rightsy, freedom-orientated issue, then why are so many of its supporters so hostile to open debate?

… gay marriage is a uniquely black-and-white issue on which no “cultural differences” of opinion can be tolerated. So it isn’t surprising that when anyone does put forward an alternative view, they tend to be shot down in flames. …This hostility to dissent also speaks to the elitism of the gay-marriage issue. What the political class and various political cliques love about gay marriage is the sense of belonging to a club, a decent, moral, enlightened club which has come to the “right answer” on gay marriage.‘

‘What we have in the gay-marriage issue is elitism disguised as equality. Strip away the self-flattering civil-rights garb, and you can clearly see a top-down campaign which demands conformism, which demonises cultural difference, and which invites the state further into people’s private lives.’

Nowhere is this seen more clearly than in the recently launched Out4marriage campaign, where we see politicians and media celebrities fawning and falling over each other to register their politically correct soundbites for youtube videos.

Items 4 and 6 in the list of manipulative techniques above were ‘slander and stereotype Christians’ and ‘intimidation’.

I made the mistake of tweeting a link to Brian Clowes article earlier today as follows:

Within just over an hour I received the list of tweets below which rather beautifully illustrated the point.

I am not ‘homophobic’ but ‘homosceptic’. I do not dislike gay people and certainly do not feel intimidated by homosexual activists (if I did I would not be posting this!)

But I do believe it is important that the manipulative techniques of some homosexual activists are identified, named and exposed in the interests of robust honest debate.

So there you are.

Toni Jenkins ‏@amnerisuk
@drpetersaunders Why do gays trouble you do much? I'm RC and married but don't see them as a threat just different

Tammy Newman ‏@tamnet11
“@welsh_gas_doc: Blimey @drpetersaunders, sometimes there are no words. Your obsession with gays is quite remarkable.” - he should come out

Bob Churchill ‏@bobchurchill
@drpetersaunders Intimidation? Every LGBT rights event I've ever been to has a Xian handing out hate lit, or telling people they're evil.

Stuart Sutton ‏@StuSutton
I find @drpetersaunders twitter feed depressing - I don't believe most Christian doctors share his #homophobic views so why is he #CMFCEO?

Ben Humphrys ‏@benhumphrys
@drpetersaunders @welsh_gas_doc If you accept that people can be born gay (i do), most of this 'homosexual agenda' is just child protection.

Margo Milne ‏@MargoJMilne
@keirshiels @welsh_gas_doc @drpetersaunders DOI: I have a tattoo. I presume I'm therefore doomed to burn for eternity?

Keir Shiels ‏@keirshiels
@welsh_gas_doc @drpetersaunders far more people have tattoos than are gay. Why not concentrate on a more prevalent Levitican "abomination"?

Andy ‏@fintanbear
@drpetersaunders It would appear that article is employing all six ways to manipulate opinion too. (cc @welsh_gas_doc )

Dave Jones ‏@welsh_gas_doc
Blimey @drpetersaunders, sometimes there are no words. Your obsession with gays is quite remarkable.

Simon Feeke ‏@feekelife
@drpetersaunders you are obsessed with homosexuality - I think you need to get laid more often!