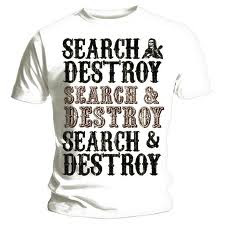 Last August I blogged about a new pre-natal screening test that makes eliminating all people with genetic disease an achievable reality.

I said at the time that this test may mean that every pregnant woman will have a simple blood test at an early stage in pregnancy and offered an abortion if their baby carries any genes (including a female chromosome!) that they find undesirable.

Cell-free fetal DNA is DNA from the baby that has crossed the placenta into the mother’s blood. It makes up about 10% of all free DNA in the maternal blood and can now be examined to determine the baby’s sex and what genetic disorders it carries.

Today the BBC reports on new US research where a ‘blood sample from mum and saliva from dad’ were used to sequence the genome of an 18 week unborn baby using just this technology.

The doctors have said that the findings, reported in Science Translational Medicine, could eventually lead to foetuses being screened for more than 3,000 single-gene disorders through a single, non-invasive test.

Last year (see table 9) 146 babies ground E abortions were carried out after 24 weeks, the accepted age of viability, after which there must be such a serious risk for an abortion to be legal if the mother is not in danger.

But, overall in 2011, 2,307 babies were aborted under ground E including 512 with Down’s syndrome, 144 with spina bifida, 157 with a family history of heritable disorder and 4 with cleft lip and palate.

Between 2002 and 2011 there were 20,290 ground E abortions, the overwhelming majority of which were for conditions compatible with life outside the womb.

The figures are a chilling testimony to a growing eugenic mindset in Britain, where babies with disabilities are eradicated before birth so as not to place a burden on families, society or the health service.

And yet these 20,000 abortions constitute only a fraction (1%) of the over seven million there have been in the UK since the Abortion Act was passed in 1967.

It is at the very heart of Christian teaching that human beings have value not because of any ‘intrinsic’ qualities they may possess, but for two main ‘extrinsic’ reasons. First, that they are made in the image of God for an eternal relationship with him, and second because God himself became a human being in the person of Jesus Christ and thereby bestowed unique dignity on the human race.

Let’s recognise and resist the eugenic mindset. Our priorities should be to develop treatments and supportive measures for those with genetic disease along with support for their families; not to search them out and destroy them before birth.
Posted by Peter Saunders at 14:14