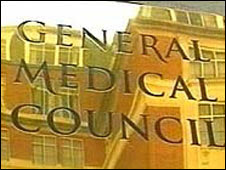 The Christian Medical Fellowship is deeply concerned that the PBMP guidance in its current form is seriously flawed and will be used as a basis for vexatious complaints against Christian doctors who express their Christian beliefs, respond to patients’ spiritual needs or wish to be excused from certain procedures on grounds of Christian conscience.

The following answers outline the main points CMF will be making in its organisational response. If you do make use of these points then please feel free to put them into your own words. There is a more detailed briefing here.

Recent changes in law and ethics mean that Christian doctors who express their personal beliefs and values, provide spiritual care or refuse to provide treatments and procedures they consider unethical are facing growing pressure to act contrary to conscience. Guidance in this area is therefore necessary to clarify the specific rights and duties of doctors.

We support doctors being able to withdraw from providing or arranging treatments or procedures on grounds of conscience, whether or not this is covered by legislation. The doctor’s duty should end with the obligation to inform a patient that he/she has a right to see another doctor.

However the new guidance in its present form does not fully allow this but says that doctors must ‘be prepared to set aside their personal beliefs’ in situations of conflict.

There is no right to opt out of providing contraception to unmarried people or ‘gender reassignment’ on conscience grounds and a duty to ‘make sure that arrangements are made – without delay – for another suitably qualified colleague to advise, treat or refer the patient’ (p9) in circumstances where ‘it’s not practical for a patient to arrange to see another doctor’ (para9)

Many doctors would see this as being forced to participate in treatments or procedures that they believe are unethical, clinically inappropriate or not in a patient’s best interests.

It is unclear why the GMC has singled out ‘gender reassignment’ as the one area where doctors cannot opt out of ‘providing treatment’ given that transgender people are only one of nine protected groups under the Equality Act 2010. These include 'religion or beliefs'.

The treatment of gender identity disorder (alternatively gender dysphoria) is extremely controversial and many doctors do not believe that surgery or hormone treatment is clinically appropriate or ethical. To force such doctors to ‘provide’ such ‘treatment’ or refer patients for it with no option to opt out is wrong.

The doctor’s duty should end with the obligation to inform a patient that he/she has a right to see another doctor.

Forcing doctors to act contrary to conscience undermines their professional status and runs contrary to historic codes and declarations of rights and ethics.

The International Code of Medical Ethics of the World Medical Association (WMA) (1949) says that ‘a doctor must always maintain the highest standards of professional conduct’ and that it is unethical to ‘collaborate in any form of medical service in which the doctor does not have professional independence’.

The WMA Declaration of Geneva (1948) (Physician's Oath) states, ‘I will practise my profession with conscience and dignity… I will maintain the utmost respect for human life from the time of conception, even under threat, I will not use my medical knowledge contrary to the laws of humanity’

Article 18 of the Universal Declaration on Human Rights says: ‘Everyone has the right to freedom of thought, conscience and religion; this right includes freedom to change his religion or belief, and freedom, either alone or in community with others and in public or private, to manifest his religion or belief in teaching, practice, worship and observance.’

The guidance is ambiguous and unclear on a number of crucial points. P13 says that during a patient consultation doctors ‘may talk about (their) own personal beliefs only if a patient asks them directly about them or if you have reason to believe (eg. The patient has a Bible or Quran with them or some outward sign or symbol of their belief) the patient would welcome such a discussion’

We suggest that the guidance be amended to make it clear that patients may indicate they would welcome such a discussion in the course of giving a spiritual or religious history in response to sensitive questioning. Doctors should not have to rely solely on unlikely nonverbal clues (such as carrying a Bible or Quran!) to obtain this information.

It should be clearly stated in the guidance that reasonable accommodation should be made for doctors who have a conscientious objection to providing certain forms of treatment to anticipate and avoid situations of potential conflict ahead of time.