Are there limits to free speech in dissuading women from having abortions? 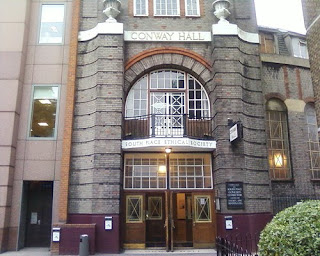 Should protestors be allowed outside abortion clinics? And if so should there be any limits on what they can say and do? To what extent should the right to freedom of speech trump the right to an abortion?

These were some of the questions being considered at a debate at the Conway Hall, London last Tuesday night.

On the prochoice side were Ann Furedi, Director of the British Pregnancy Advisory Service (BPAS) and Guardian journalist Sarah Ditum.

Representing the prolife perspective were Andrea Williams of Christian Concern and Max Wind-Cowie from the think-tank Demos. 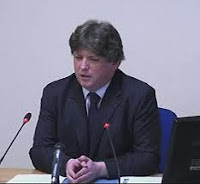 The debate was chaired by New Statesman political editor David Allen Green. About 300 people attended and there were good representations from both pro-life and pro-choice perspectives.

The debate was interestingly timed. In the very same week a British pensioner received a suspended jail term for sending abortion pictures to the new chief executive at an NHS hospital and two protestors faced trial for displaying similar pictures outside a Brighton abortion clinic.

But this was in fact coincidence. The debate had been primarily prompted after a prolife group called ’40 days for life’ held prayer vigils outside a BPAS clinic in London.

Apart from a short comment piece by one of the participants in the Guardian (which gives few details of the debate) and a video on the Christian Concern website there has been surprising little about this debate in the media which has prompted me to write about it.

The four speakers set out their stalls as follows. 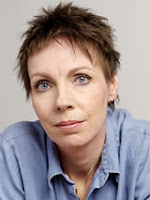 Ann Furedi said that freedom of speech was absolute but that we were not free to say ‘anything, anywhere at any time’. Prolife people were entitled to debate with her and other abortion providers or prochoice campaigners but not with women outside abortion clinics who were vulnerable and could be easily upset. Abortion was a clinical procedure and women had a right both to seek and to undergo it without being made to feel guilty. She said that the protesters' agenda was not primarily to engage in debate but to dissuade women from having abortions. The key issue was not to cause women seeking abortions any more stress than they have already. 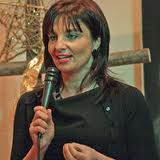 Andrea Williams responded that abortion was a serious matter with serious consequences. One life was taken, one generational line broken. She showed some abortion pictures used by the prolife group Abort67 and argued that we can't hide the ‘violence and violation which is abortion’. Ann Furedi was not portraying the world as it actually is. She asked what sort of society puts people in prison for showing what actually happens in an abortion clinic and added that it is not pictures which offend but the portrayal of the truth. She said that William Wilberforce used images of injustice to awaken the nation's conscience. The fundamental issue was the humanity of the unborn child although we needed continuing dialogue on informed consent.

Sarah Ditum replied that seeing abortion pictures had never changed her mind about the morality of abortion. She argued that pictures inflict cruelty. ‘Abortion is not traumatising’ she said, but ‘calling a woman a murderer is’. She found peaceful protests, such as those carried out by ’40 days for life’ to be ‘less obviously objectionable’. She supported the freedom of speech of those who opposed abortion but wanted people to understand the pressure women felt under.

Max Wind-Cowie countered that abortion is a moral choice and women making it ‘have a right to hear those’ who consider it immoral. He said he couldn’t accept Ann Furedi insisting that prolife people could only have the discussion with her. That was placing limits on freedom. There was inconsistency in Furedi arguing for full freedom of speech and at the same time placing restrictions on the expression of certain views. People who believed abortion was a gross moral wrong were entitled in a free society to express those views freely. He defended the right of prolife people to act on their sincerely held beliefs to attempt to dissuade women from having abortions.

Discussion was then opened to the floor.

There were a large number of contributions from both sides of the debate in a session capably chaired by David Allen Green, who ensured that both sides had freedom of expression and could be easily heard.

This at times veered off the issue of free speech and degenerated into an exchange of many of the standard arguments for and against abortion.

Ellie Lee, although strongly pro-choice, agreed with Max Wind-Cowie that there should not be limits on freedom of speech. She did not accept that speech and protest were separate categories of freedom of expression.

A woman, whose name I did not catch, gave a powerful testimony of seeing women change their minds and deciding to continue with their pregnancies after conversations outside abortion clinics. She felt a duty to be there for people like his who were undecided and vulnerable.

Stuart Derbyshire, whose controversial view that foetuses cannot feel pain has been recently challenged, likened abortion to having a tooth extraction. Seeing pictures of both procedures were upsetting and unhelpful.

Another man who described himself as pro-choice said he felt uncomfortable about the fact that clinic operators were reporting protesters to the police and having them arrested.

No vote was taken before or after the debate so it was impossible to tell if anyone’s views had shifted on hearing the various positions presented but the overall impression was that most of the audience had come with their minds already made up.

The key question on at what point the right to an abortion curtails free speech was understandably not resolved.

Oliver Wendell Holmes argued famously in the United States Supreme Court case Schenck v. United States in 1919 that there were limits to free speech. One should not falsely shout ‘fire’ in a crowded theatre:

‘The most stringent protection of free speech would not protect a man falsely shouting fire in a theater and causing a panic. The question in every case is whether the words used are used in such circumstances and are of such a nature as to create a clear and present danger that they will bring about the substantive evils that Congress has a right to prevent.’

The key question therefore in this debate is what level of free speech or persuasion is justified in order to encourage women to reconsider having an abortion. And that question turns almost entirely on whether or not abortion is considered to be a gross moral evil.

Is abortion ‘killing an innocent human being’ as Williams and Wind-Cowie argued or simply ‘a clinical procedure’ to remove tissue, the view taken by Furedi and Ditum? That was the key question on which both sides disagreed.

Let’s consider an analogy. If in some future state or parallel universe it was legal for women to take their ‘unwanted’ two year olds or grannies to a licensed centre to have them dismembered under anaesthetic what level of intervention would be justified for those who believed such behaviour constituted a great moral evil?

Would it be justified for the women to argue that they felt under a huge amount of pressure and burden having to care for their dependent relatives? Might not protesters attempt to use all the means legally available to them such as attempting to dissuade people from entering the doors of the institution or even showing pictures of what happened inside?

For those of us who regard babies in the womb as morally and humanly equivalent to two year olds or elderly people the answer is pretty clear.

I have personally not yet protested outside an abortion clinic nor displayed a poster showing what happens within. My efforts to curb abortion are directed largely in the public domain and not at women with unplanned pregnancies.

But one’s view of the unborn child and the morality of taking innocent human life is the key factor that determines one’s position in this debate.

Free speech may have its limits. But protecting innocent human lives and dissuading others from making moral decisions that are profoundly damaging to themselves, others and society itself are good reasons for not keeping ones mouth shut.
Posted by Peter Saunders at 15:17