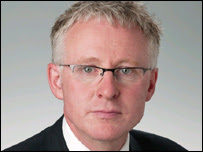 John Humphrys, presenter for the Radio Four Today Programme, is a well-known advocate for the legalisation of assisted suicide.

It was therefore not surprising that he took the opportunity this morning, in an interview on suicide prevention with new junior health minister Norman Lamb (pictured), to ask him whether he thought assisted suicide should be debated again in parliament.

Humphrys will have known only too well that Lamb, whose Liberal Democrat party already has a pro-euthanasia policy and plans to push for legalisation again at their party conference later this month, had already spoken out in support of health minister colleague Anna Soubry only two days ago in her call for a change in the law.

The BBC has a long track record of bias when it comes to this issue and has appropriately attracted the title of ‘cheerleader for assisted suicide’.

Furthermore its programming has been in consistent breach of the WHO guidelines on suicide prevention in its portrayal of assisted suicide.

If Norman Lamb is really serious about suicide prevention then he would do well to become acquainted with the WHO guidelines and the way assisted suicide is promoted and glorified by the British media rather than further fanning the flames by using his new appointment as an international media platform for promoting his personal and party views.

People commit suicide because they are desperate. The role of a health minister should be to alleviate the conditions that lead to people taking this desperate step, not seeking to make it easier for a loaded gun to be passed to those who consider, for whatever reason, their lives to be no longer worth living.

Lamb could make a good start by familiarising himself with the medical literature about the Werther and Papageno effects, relating to the responsible use of the media in suicide prevention.

He should also take on board the fact that assisted suicide has been debated and voted upon four times in the last six years in British Parliaments and roundly rejected on all four occasions on the basis of concerns about public safety (Joffe – 2006, Falconer – 2009, Macdonald – 2010, Ottaway – 2012).

Rather than pushing for a change in the law to allow assisted suicide, a measure that would simply put more pressure on the vulnerable to end their lives, Lamb’s priority as a health minister should be better care for those with terminal and chronic illness and better support for disabled people.
Posted by Peter Saunders at 02:16