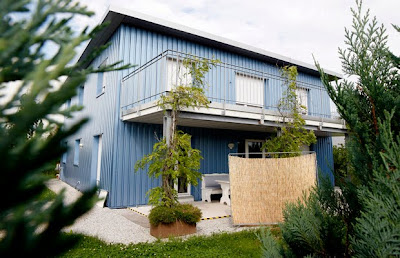 Switzerland's parliament voted against a bid to toughen controls on assisted suicide this week, rejecting concerns about foreigners travelling to the country to die.

Members of the lower house of parliament voted against changing the code, arguing self-regulation by right-to-die organizations such as Exit and Dignitas worked and the liberal rules protected individual freedoms.

The vote in parliament mirrors a referendum in Zurich last year when voters rejected overwhelmingly proposed bans on assisted suicide and ‘suicide tourism’.

Assisted suicide has been allowed in Switzerland since 1941 if aided by a non-physician who has no vested interest in the death. Assisted suicide is also legal in the US states of Oregon and Washington. Euthanasia is permitted only in the Netherlands, Luxembourg and Belgium.

According to figures I obtained today, Dignitas (pictured above), the only Swiss association that helps applicants from abroad commit suicide, has so far accompanied 1,298 people in taking their own lives. Of these cases, 664 came from Germany, 182 from Britain, 129 from Switzerland, 117 from France, 33 from Italy, 27 from the United States and 17 from Spain.

The controversial Dignitas facility run by Ludwig Minelli, who has called assisted suicide ‘a marvellous possibility’, has attracted much criticism in recent years over discarded cremation urns dumped in Lake Zurich, reports of body bags in residential lifts, suicides being carried out in car parks, the selling of the personal effects of deceased victims and profiteering with fees approaching £8,000 per death.

Thus far about 182 Britons in ten years – on average 18 per year – have killed themselves at Dignitas. The full numbers are as follows:

The British media give huge publicity to cases that do occur creating the false impression that there is a growing demand when in fact this is not the case at all.

These numbers are a tiny fraction of the 550,000 natural deaths that occur in Britain each year and a very small trickle compared with the 650 and 13,000 who, on the basis of the 2005 Lords Select Committee report, it was estimated would die in Britain annually under an Oregon or Dutch-type law respectively.

The huge increase in assisted suicides amongst Swiss nationals, along with the disturbing 18% annual increase in euthanasia in The Netherlands over the last year (in figures released earlier this week) will sound strong alarms to legislators in Britain that we should not be contemplating going down this route.

The right to die can so easily become the duty to die and any change in the law will inevitably place vulnerable people at risk out of fear of being a burden to others. It is appropriate that more than seven out of ten MPs refuse to back calls to legalise assisted suicide as shown in a recent ComRes poll.

The Swiss vote means that the small number of British people travelling to Switzerland to end their lives will probably continue but we should continue to resist any calls from pressure groups to weaken the law here in the UK.
Posted by Peter Saunders at 14:39