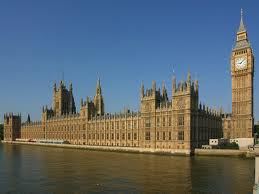 More than seven out of ten MPs refuse to back calls to legalise assisted suicide, according to a new survey released today (See reports from Press Association, Telegraph and Conservative Home).

The poll comes just a week after two newly appointed junior health ministers, Anna Soubry and Norman Lamb, suggested that assisted suicide should be decriminalised and just before the Liberal Democrat Conference where some MPs are expected to push for a change in the law.

It found that just 29% of MPs back moves to introduce assisted suicide, while 59% were opposed and 12% were undecided.

The survey of more than 150 MPs, conducted by ComRes, asked MPs from all parties about their views on assisted suicide.

Opposition was especially fierce in Scotland, where 86% of MPs opposed new legalisation.

The poll also found that a majority of MPs believe that if the current laws were changed there would be an increase in suicides and that vulnerable people would feel under pressure to end their lives while fewer than one third of MPs (30%) felt that changing the law would not lead to an increase in suicides.

More than seven out of ten MPs (72%) felt that if doctors were allowed to prescribe lethal drugs to patients on request, vulnerable people could feel under pressure to opt for suicide.

Almost 60% of those surveyed said legalising assisted suicide in the current economic climate would increase the risk that vulnerable people would opt for suicide so as not to be a financial burden upon loved ones.

The poll also found that majorities in all political parties disagreed with the statement that legalising assisted suicide is a key priority at the present time with just 5% of Labour MPs supporting this statement.

The poll is timely coming just a few days after a report of a man taking his life after watching a Terry Pratchett BBC ‘documentary’ supporting assisted suicide and in the same week as national statistics revealed that suicides amongst men over 45 in England are at their highest level in twenty years.

It also comes as pro-euthanasia lobby groups make preparations for introducing new bills to the House of Lords and to the Scottish Parliament with the aim of legalising assisted suicide.

Care Not Killing, who commissioned the poll, have consistently argued that any change in the law to allow assisted suicide would put pressure on vulnerable people to end their lives and that these pressures would be particularly acute at a time when many sick, elderly and disabled people are struggling to make ends meet.

Fortunately, a clear majority of MPs recognise this and agree that assisted suicide should not be legalised.

The first duty of the state is to protect its citizens and the current law with its blanket prohibition on assisting suicide is clear and right. It acts as a strong disincentive to abuse and exploitation whilst giving some discretion to prosecutors and judges to temper justice with mercy in hard cases. It does not need changing.