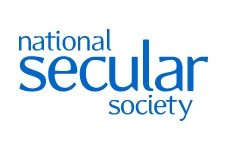 The National Secular Society (NSS) is currently waging a campaign against male circumcision which plumbed astonishing depths in July when they published an article on their website (with apparent endorsement) making the following astonishing claim:

‘Why MGM and FGM are not considered equally reprehensible defies compassionate reason’.

This is a truly outrageous statement.

As well as being deeply dehumanising to women FGM leads to serious complications which can even be fatal. It can result in abscesses, cysts and fistulas and is a potent cause of vaginal stenosis and obstructed labour from which women and babies can die.

I not infrequently had to deal with some of the horrendous consequences of FGM when working as a surgeon in East Africa. It is rightly deplored and understandably illegal in Britain.

But the National Secular Society apparently believes that male circumcision, a common cultural practice in some faith communities and also a recognised surgical procedure for certain medical conditions, is ‘equally reprehensible’ and should be renamed MGM (male genital mutilation).

They have backed a bizarre recent court decision in Germany to ban it.

The ruling on circumcision was handed down by a court in Cologne in June but the German government has since announced it will legislate to explicitly legalise the practice.

Last month, the American Academy of Pediatrics (AAP) published a review of scientific evidence saying that ‘the health benefits of newborn male circumcision outweigh the risks of the procedure’.

However, the AAP added it did not recommend it for all newborn boys, saying the decision was best left to parents, in consultation with doctors.

So it’s difficult to understand what the National Secular Society is getting its knickers in a twist about.

Equating FGM with male circumcision is not only incredibly stupid. It is also profoundly insulting to the thousands of women who have butchered through FGM.

The NSS campaign seems to be motivated more by religious prejudice, in particular a disdain for Islam and Judaism, than scientific fact. But in these days of rising secular fundamentalism and intolerance, I guess this should not surprise us.

Male circumcision is not a Christian requirement and so Christians are free to choose about the practice. The New Testament emphasises that what is in one’s heart is more important than one’s outward appearance or conformity to religious ritual.

Regardless, the secularists should not be trying to force their bigoted ideology on others, be they Muslims, Jews or those of any other faith.