British evangelical Christians are more frugal, ethical and generous with their money that you might think 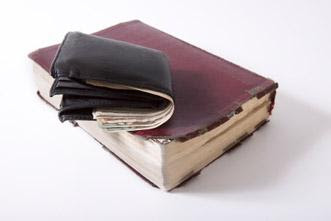 The Evangelical Alliance has just published a new report on the beliefs and habits of evangelical Christians in the UK titled ‘Does money matter?’

It’s only twenty pages and well worth reading and you can download it as a powerpoint or a pdf (although why does the file have to be so big and couldn’t they make it easier to cut and paste text into blogs and church newsletters?).

Overall I was pleasantly surprised to see the results although I still think we have a very long way to go in order as a community to embrace Jesus’ radical teaching on money and possessions.

Anyway here are some bulleted highlights:

•97% at some point purchased Fairtrade or ethically sourced goods.

•63% believe in tithing, and so give around 10% (or more) of their income to church, Christian organisations and various charities.

•92% agree that It is every Christian’s duty to help those in poverty.

•60% had, on more than one occasion, heard a sermon or talk about a responsible Christian attitude to money

•57% of respondents owed nothing on a mortgage or home loan and 58% had no other debts.

•14.5% - the estimated percentage of their income (after tax) given away.

•87% try to make sure their giving to churches and charities is Gift Aided so that tax can be reclaimed.

•45% attend a church which has a fund or scheme that helps people in immediate need, and 42% a church that supports or runs a foodbank.

EA General Director Steve Clifford has summed it up as follows:

‘At a time when the media is full of bad news about the failure of banking and the crisis in our economy, it seems that most Christians are modelling a better way forward. Generally, evangelicals seem to manage their finances without getting into debt. They are generous in their giving to churches and charities. They know that life is more than the things money can buy, and when they spend their money, they try to choosing fairly-traded and ethically-sourced products.’