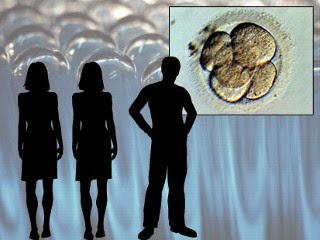 The Department of Health today has published for consultation draft regulations to allow mitochondrial donation to prevent the transmission of serious mitochondrial disease from mother to child.

The consultation will close on 21 May.

This new government consultation is not asking whether but how these controversial techniques for mitochondrial disease should be implemented. In so doing it sweeps aside genuine ethical and safety concerns in the headlong rush to push the scientific boundaries.

Rather like the motorist who asked an Irishman for directions and received the answer, ‘I wouldn’t start from here’ the government in this new consultation is actually asking the wrong questions.

Marcy Darnovsky, executive director of the Center for Genetics and Society in Berkeley, California has previously argued in an piece titled ‘A slippery slope to germline modification’ that were the United Kingdom to grant a regulatory go-ahead, it would unilaterally cross ‘a legal and ethical line’ observed by the entire international community that ‘genetic-engineering tools’ should not be used ‘to modify gametes or early embryos and so manipulate the characteristics of future children’. This is now happening.

She is not alone in her concerns. Just this week advisors to the US Federal Food and Drug Administration (FDA) have expressed concern that the three-parent embryo procedure could lead to human gene manipulation and have questioned its ethics and whether the research into it is as far advanced as some of its advocates claim.

In short, should we be giving treatments to human beings that have not yet been tested fully in animals?

It is deeply regrettable that the government intends to press on recklessly with this controversial technology in real patients in the face of genuine concerns about safety, effectiveness and ethics which have so far prevented its implementation anywhere else in the world.

In many countries around and the world, and by commentators from both secular and faith based scientific backgrounds, Britain is viewed as a rogue state in this area of research.

The Government gave an assurance in 2009 that regulations to allow treatment would not be made until any proposed techniques were considered to be effective and safe for use in treatment.

It has still to deliver on this undertaking.

This followed submissions that we made on the issue to both the Human Fertilisation and Embryology Authority (HFEA) and the Nuffield Council. We have more recently made similar points to the US Food and Drug Administration (FDA).


We have also argued previously that the techniques involved are unsafe, unethical and unnecessary (see here, here, here and here).
Posted by Peter Saunders at 07:40