Behind the headlines: information and misinformation in pregnancy counselling 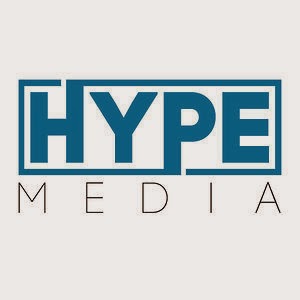 The pro-abortion organisation, Education For Choice (EFC) which is a project within the sexual health charity, Brook, who themselves work closely with the Family Planning Association to promote abortion, has produced a new report based on its own mystery shopping of some independent pregnancy counselling centres, mainly linked to LIFE and Care Confidential.

Their findings have been reported by the Daily Telegraph, with calls to clamp down on independent counselling clinics and talk of scandalous misinformation being given out.

Crisis pregnancy counselling must always be professional and evidence-based. The use of bad science and research is wrong. Counselling clinics must provide women with unbiased information so that they can make fully informed decisions about their options.

With that in mind, let’s take a look at what the EFC report claims, and who is behind it.

The Daily Telegraph news report highlights cases of poor practice (a grand total of two!), and ignores all counselling or centres where there is very good independent advice and counselling offered ie. the overwhelming majority.

The EFC Report states several times that counselling centres should be transparent about their ethos, aims and motivation, which no one would take issue with.

We should therefore ask the same of centres such as the British Pregnancy Advisory Service (BPAS) and Marie Stopes International (MSI) and other abortion clinics who offer their own counselling, while relying for their funding and thus operation from tax-payer funded abortion provision! It would be appropriate to have rather more transparency here too. It would also be interesting to see the sort of literature that is available on alternative options from these clinics and to see what women are really told, or not told (I return to this point later).

In fact, in past blogs (here and here) I have revealed how abortion providers – namely BPAS and MSI - are strongly driven by financial motivations and see success in increasing the number of abortions that they perform. They have a combined income of about £150 million per year, much of it from tax revenues (which is considerably more income than independent counselling clinics who offer a free service to women). They have business plan objectives and targets to increase the number of abortions that they perform. They also provide ‘counselling’ so it would be interesting to see what the Telegraph found if it ever ‘mystery shopped’ these clinics (perhaps the paper might consider this).

What is therefore not explained in the all the media coverage today is that women who are referred to BPAS or MSI for an NHS-funded abortion are denied access to any other source of independent counselling. These organisations depend on their income from providing and selling abortion and are not the appropriate place to provide pre-abortion counselling to vulnerable women who need support.

My second concern is that the EFC report attacks (very few) counselling centres for (some of) the medical claims they are making.  So the Report itself counters these with a few claims of its own:

·   Post abortion syndrome is a bogus medical disorder;
·   It is misleading to claim abortion may lead to depression or trauma;
·   There is no link with abortion and breast cancer;
·   There are no proven associations between induced abortion and subsequent pre-term birth;
·   And it criticises centres that suggest adoption is a loving or brave option to take.

All these points are highly contentious and disputable.

First, the evidence on a link between abortion and mental health, breast cancer and pre-term birth is widely documented.

Whilst the ‘jury remains out’ on the link between abortion and breast cancer the evidence certainly cannot be claimed to be non-existent as this new large meta-analysis shows. A total of 36 articles (two cohort studies and 34 case–control studies) covering 14 provinces in China were included in the review published just this month which concluded that induced abortion is significantly associated with an increased risk of breast cancer and that the risk of breast cancer increases as the number of abortions increases. Women at very least have a right to know that there is an ongoing debate.

There is a clear association between abortion and pre-term birth (see here too) which no serious authority now denies. In fact there are now 137 studies on the link including two well-designed meta-analyses from 2009. These show that after one abortion, risk for a future preterm birth before 37 weeks increases by 36 percent and risk for a future very preterm birth before 32 weeks increases by 64 percent. There are no meta-analyses that refute this association. The abortion-preterm birth link is settled science.

Second, informed consent for abortion should follow the principles accepted for any other treatment in the NHS. It is advised to inform the woman of any ‘material’ or ‘significant’ risks or unavoidable risks, even if small.

So if a woman is to be able to make an informed decision, she must be made aware of the medical opinion and research showing that abortion carries a possible breast cancer risk and an established preterm birth risk.

Third, a brief comment on the headline claim of the Telegraph, that abortion will make women child sex abusers. This was not actually stated or claimed by the woman being secretly filmed.

Furthermore, this blog post here by one woman, Caroline Farrow, who has experienced the regret of an abortion and experienced a lack of any pre-abortion counselling or medical information from the abortion clinic she went to, comments directly on this headline claim, explaining exactly what was said, and why. Sometimes newspaper headlines distort and misrepresent the truth.

Fourth, helping women to consider the real alternatives of adoption and keeping the baby is simply enabling them to explore all options. There is currently only one baby adoption for every 2,235 abortions in Britain, a ratio seven times worse even than the US. With real choice and proper support for women this ratio could be vastly improved to the benefit of mothers, babies and childless couples.

Finally, every organisation that provides abortion counselling has an agenda of some sort or another, pro-life or pro-abortion. One cannot shut down organisations which are aiming to counsel women with crisis pregnancies simply because one or two are not providing what is deemed to be ‘acceptable’ medical interpretation, especially when that ‘evidence’ is disputed.

Taking this all from another perspective. Caroline Farrow puts it well when she concludes that:

We need independent counselling clinics to be able to help women come to fully informed decisions about their next step and to know the risks, their options and their choices. Clinics must all provide women with accurate, unbiased, evidence-based information, away from the abortion clinic, with adequate unpressured time to make their decisions, which is what the majority of independent centres already freely offer.

It would be a tragedy if this kind of selective reporting by pro-abortion organisations were to prevent the good work that is being offered by the vast majority of independent centres.

This review was produced jointly with Philippa Taylor
Posted by Peter Saunders at 08:21