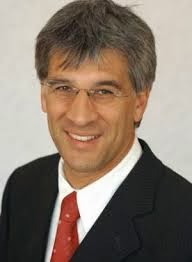 Christianity magazine and Premier Radio have controversially this week given Steve Chalke (pictured) a platform to propagate his views on the Bible.

As Steve Holmes ably argues, we have been having a global debate about the interpretation of the Bible for almost 2,000 years, and there is nothing earth-shattering or even new in what Chalke says.

Few would dispute the fact that Chalke has done, and continues to do, a great deal of good. But many will see his latest article on the Bible as just a further dangerous step down the slippery slope to embracing a new liberalism, following logically from his earlier rejection of penal substitution and his embracing of gay partnerships.

Chalke does nonetheless give voice to the inner doubts with which some Christians struggle and for that reason it is important that we deal in our pulpits and Bible studies with the issues that he raises.

In other words, the able defences of biblical authority with which most evangelical preachers and apologists are already well familiar, need to be made more accessible to ordinary Christians in the pew.

This is because Chalke, though critical of what he sees as Richard Dawkins’ ‘rather superficial and juvenile conclusions’, now risks unwittingly giving credence to the new atheism he rejects, by recycling some of the tired arguments of Dawkins and others as grounds for his own loss of confidence in biblical authority.

His popularity, combined with his undoubted ability to connect with people, in this age of celebrity, I believe poses a real danger. This is made worse by the fact that Chalke continues to insist that he is still an evangelical and that many evangelicals seem reluctant to distance themselves from his teaching.

Now that many young Christians on the front line are encountering the new atheism it is important to ensure that they are adequately equipped to deal not just with Dawkins and his ilk from outside the camp, but also with the arguments of Chalke from within it.

So what are the issues that have led Chalke to abandon an evangelical position?

Interestingly he touches only very briefly on these in the version of his article that appears in Christianity magazine. One has to read his longer article on the Oasis website to see which biblical teaching he no longer feels comfortable with. Here, I believe, we find his real reasons for no longer professing in full the Christian faith taught by Jesus and the Apostles.

Chalke sums up his objections up by referring to the ‘brutality, violence, genocide and punitive legislation contained in the Old Testament’ and the ‘oppressive and discriminatory teaching’ in the New Testament.

The following list of the biblical teaching which Chalke rejects should not surprise. I have made a short comment about each item in italics but reams have already been written more ably by others about each.

1. Sex between two people of the same sex is morally wrong

Chalke wants to endorse ‘faithful’ same-sex partnerships and so rejects the clear biblical teaching that sex is made only for a life-long, monogamous, heterosexual relationship called marriage.

2. The slaughter of the Canaanites in the Old Testament

Chalke seems not to understand the lessons this incident is meant to teach us about the seriousness of sin and the justice, mercy and grace of God.

3. The provision for slavery in the Old Testament

Chalke again seems not to be uncomfortable with the Old Testament’s acceptance of bonded servants (a better option for indebted people than imprisonment or unemployment) and prisoners of war and seems not to be aware that kidnapping a person (real slavery) was actually a capital offence, regarded as seriously in the Old Testament as murder and/or adultery (Deuteronomy 24:7)

Many evangelicals dispute that the biblical texts can only be read in this unambiguous way. But Chalke seems either unaware, or unwilling to acknowledge the existence, of the different positions defended by serious evangelicals on the creation narrative from both scripture and history. John Lennox’s ‘Seven days that divide the world’ is a good overview of the various arguments.

5. Disabled people were not able to become priests in Israel (Leviticus 21:16-23)

Chalke accuses the Bible of discriminating against disabled people but the Bible is very clear elsewhere that all human beings are equally made in the image of God and equally precious to him. It actually teaches that disabled people deserve special respect and protection (Leviticus 19:14; 2 Samuel 9). The Levitical passage above is to be seen in its context as pointing to the perfection of Christ as our great high priest, in the same way that animals sacrificed in the temple pointed to him by being ‘without blemish’. It is not endorsing discrimination.

Chalke asks ‘Can both accounts be right?’ but most commentators see no difficulty here. Satan was acting under God’s sovereignty and with his permission, in the same way that he was allowed to test Job or sift Peter. Chalke is either unaware of this or has deliberately chosen not to say it. He should perhaps read Jay Smith’s ‘101 cleared up contradictions in the Bible’ where this and 100 other commonly cited alleged contradictions are explained.

Chalke again seems unwilling to grapple with texts like this in the context of the rest of the testimony of Scripture about the role of women. There is a huge evangelical literature on this text and others. Is he genuinely unable to see his way here, or is he just being lazy?

Chalke’s underlying motivation seems to be to remove, or to reinterpret, biblical teachings that he thinks will put people off embracing Christianity. He wants to make the Christian faith more ‘attractive’, ‘relevant’, ‘inclusive’ and ‘welcoming’.

The problem with this is that in so doing he is both undermining people’s confidence in the authority of Scripture, which Jesus himself upheld, and also modifying the Gospel.

Chalke has fashioned for himself an alternative Gospel which cherry picks from Scripture the beliefs he wants and discards those which he finds inconvenient.

He claims that this is in order to draw people to Christ – the real Word of God – but I can’t help wondering if he is simply responding to the temptation of choosing a message which will help him avoid being attacked.

In embracing popular contemporary causes like gay marriage and avoiding speaking out on areas where Scripture is under attack Chalke risks emasculating the Gospel.

On the other, he is wanting to excise passages from the Scriptures which teach of God’s holiness, justice and judgement. But understanding these matters is an essential prerequisite to understanding grace and mercy and indeed the true message of the cross.

Jesus Christ put his stamp of authority on the Old Testament and commissioned the writing of the New Testament through the apostles by the Holy Spirit.

In saying that the Bible is not the Word of God Chalke is denying something that Jesus himself taught. He can't have it both ways. He can't claim to follow Christ and yet reject Christ's teaching.

Chalke is walking a dangerous road. In his passion to draw people in to Christ, he risks leading them away.


For a brief review of Jesus’ view of the Bible see here.

Other coverage and commentary