Charles Simeon quizzes John Wesley on the tenets of Calvinism 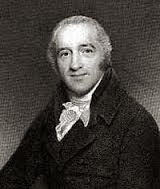 I’ve just listened again today, during a long run on my day off after a fantastic CMF National Students' conference, to John Piper’s biography on Charles Simeon, ‘Brothers, We Must Not Mind a Little Suffering’ .

The following, extracted and adapted from Piper, is I hope a useful taster.

Charles Simeon (1759 – 1836) was an English evangelical clergyman who lived through the American Revolution, the French Revolution and not quite into the decade of the telegraph and the railroad.

Jonathan Edwards, the major figure of the Great Awakening in the US, died the year before Simeon was born but the Wesleys and Whitefield were still alive, and so the Methodist awakening was in full swing.

In his 54 years at Trinity Church, Cambrdige, Simeon became a powerful force for evangelicalism in the Church of England. His position at the university, with his constant influence on students preparing for the ministry, made him a great recruiter of young evangelicals for pulpits around the land. But not only around the land. He became the trusted advisor of the East India Company, and recommended most of the men who went out as chaplains, which is the way Anglicans could be missionaries to the East in those days.

Simeon had a great heart for missions. He was the spiritual father of the great Henry Martyn. He was the key spiritual influence in the founding of the Church Missionary Society, and was zealous in his labours for the British and Foreign Bible Society and the Society for Promoting Christianity among the Jews. In fact, on his death bed he was dictating a message to be given to the Society about his deep humiliation that the church has not done more to gather in the Jewish people.

Probably most of all, Simeon exerted his influence through sustained Biblical preaching year after year. This was the central labour of his life. He lived to place into the hands of King William the Fourth in 1833 the completed 21 volumes of his collected sermons.

In this sermon Piper reports on a debate between Simeon and John Wesley on the subject of Calvinism.

Simeon did not want to be labelled a Calvinist or an Arminian. He wanted to be biblical through and through and give every text its due proportion, whether it sounded Arminian as it stands or Calvinistic. But he was known justifiably as an evangelical Calvinist and was uninhibited in his affirmation of what we would call ‘the doctrines of grace’.

However he had little sympathy for uncharitable Calvinists and did not let his passion for truth divide from others, believing that ‘kindness and concession are far better than vehement argumentation and uncharitable discussion’ (Horae Homileticae, Vol. 15, p. 357).

An example of how he lived out this counsel is seen in the way he conversed with the elderly John Wesley. He tells the story himself:

Sir, I understand that you are called an Arminian; and I have been sometimes called a Calvinist; and therefore I suppose we are to draw daggers. But before I consent to begin the combat, with your permission I will ask you a few questions. Pray, Sir, do you feel yourself a depraved creature, so depraved that you would never have thought of turning to God, if God had not first put it into your heart?

Yes, I do indeed.

And do you utterly despair of recommending yourself to God by anything you can do; and look for salvation solely through the blood and righteousness of Christ?

But, Sir, supposing you were at first saved by Christ, are you not somehow or other to save yourself afterwards by your own works?

No, I must be saved by Christ from first to last.

Allowing, then, that you were first turned by the grace of God, are you not in some way or other to keep yourself by your own power?

What then, are you to be upheld every hour and every moment by God, as much as an infant in its mother's arms?

And is all your hope in the grace and mercy of God to preserve you unto His heavenly kingdom?

Yes, I have no hope but in Him.

Then, Sir, with your leave I will put up my dagger again; for this is all my Calvinism; this is my election, my justification by faith, my final perseverance: it is in substance all that I hold, and as I hold it; and therefore, if you please, instead of searching out terms and phrases to be a ground of contention between us, we will cordially unite in those things wherein we agree. (Moule, 79f)
Posted by Peter Saunders at 06:45