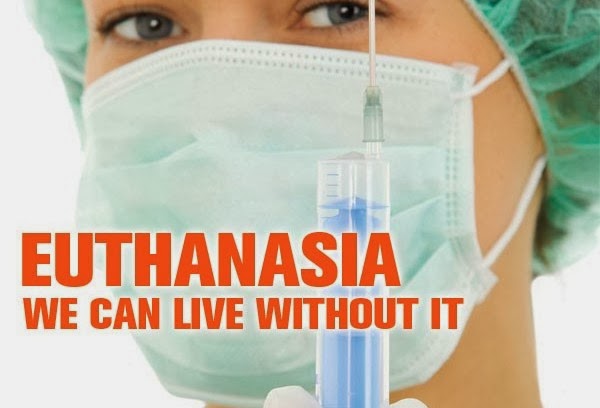 I have previously documented Belgium’s meteoric rise to become the euthanasia capital of Europe and its concomitant grisly descent down the slippery slope.

Now the country is moving to allow euthanasia for sick children.

The measure has already passed by 50 votes to 17 in Belgium’s upper house and only needs a vote in the lower house to pass fully into law.

The Belgian government announced yesterday that the debate on the child euthanasia bill, in the Chamber of Deputies, will occur on 12 February.

According to the Belgian media the vote will likely happen the next day, but possibly on the same day of the debate.

The bill is being fast tracked likely because a strong opposition to it is developing.

A few weeks ago, a large protest was held in Brussels opposing the extension of euthanasia to children.

An English petition against the move has already gained over 56,000 signatures and other language versions of the petition are accessible on the home page of the Euthanasia Prevention Coalition Europe website (Please add your signature).

1. Even the most complex medical cases can be solved in the current legal framework, with the means and expertise at our disposal. For whom is this legislation therefore designed?

2. Children in Belgium are not suffering. The palliative care teams for children are perfectly capable of achieving pain relief, both in hospital and at home.

3. A sensitive child may perceive the option of euthanasia as a solution or a duty, especially if the child feels that the parents can no longer bear to see him suffer.

4. In practice, there is no objective method for determining whether a child is gifted with the ability of discernment and judgment. So this is actually largely subjective and subject to other influences.

We believe that there is no urgency to pass this bill in the current legislature.

In a key demonstration of cross-continent opposition, parliamentarians from across Europe have now laid down a motion at the Council of Europe – best known for its focus on human rights – also denouncing this latest of alarming developments in the country’s law.

Written declaration no. 567, is entitled ‘Legalisation of euthanasia for children in Belgium’.

The Declaration states that extending euthanasia to children:

1. Betrays some of the most vulnerable children in Belgium by accepting that their lives may no longer have any inherent value or worth and that they should die

2. Mistakenly assumes that children are able give appropriate informed consent to euthanasia and that they can understand the grave meaning and complex consequences associated with such a decision

3. Promotes the unacceptable belief that a life can be unworthy of life which challenges the very basis of civilised society.

36 British MPs and Peers are members of the parliamentary assembly (18 principals and 18 substitutes – is your MP among them?) and thankfully seven have already signed the declaration.

Care Not Killing, for which I act as Campaign Director, has covered this issue in context a number of times (see here, here, here and here)  and fully endorses the parliamentarians’ view that the move ‘betrays some of the most vulnerable children in Belgium by accepting that their lives may no longer have any inherent value or worth and that they should die... [and] promotes the unacceptable belief that a life can be unworthy of life which challenges the very basis of civilised society.’


Belgian Child euthanasia bill will likely go to a vote on 13 February (Alex Schadenberg’s blog)
Posted by Peter Saunders at 01:30