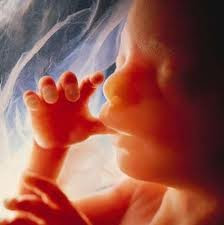 If you type ‘abortion’ into google news these days you will find that most of the reports thrown up are from the US; and most involve new legislation aimed at curbing abortion rates.

A whole host of bills are being introduced in different states aimed at whittling away the abortion law: bills requiring the offer of ultrasound; bills lowering upper gestational limits; bills aimed at protecting babies who might feel pain; bills providing an offer of counselling and bills attempting to cut federal funding to abortion providers.

And some of them are showing real signs of success.

Why should this be taking place under Democrat government with the most abortion-friendly president in US history? Has the US suddenly had a pro-life conversion? Not at all!

Most Americans do not hold a strong pro-life position, but at the same time they are not rabidly pro-choice either. They just feel that 1.5 million abortions a year is too many. The rate needs to come down.

Similar things are beginning to happen in the UK.

Most people are not asking for a repeal of the abortion law but there is a growing disquiet about the fact that we see 200,000 abortions a year and that the total since the 1967 Abortion Act was passed is now over 7 million.

And public opinion especially on late abortion has changed.

Babies on our front pages doing flips on high resolution ultrasound; new evidence that babies at a younger gestation than previously thought possible can feel pain; more babies at 24 weeks surviving in neonatal units; stories of babies surviving after botched abortions; babies with minor congenital abnormalities being aborted beyond 24 weeks – these things change hearts and minds.

Back in 2008 a serious attempt to lower the 24 week limit was defeated by a very slim margin and now we have a parliament where the vote may well go the other way.

It is no wonder that the pro-abortion lobby, which has had things its own way for so long, is getting the jitters.

The abortion amendments to the Health and Social Care Bill, proposed by MPs Nadine Dorries and Frank Field, have provoked an extraordinary reaction.

On one hand we have the pro-abortion lobby launching personal attacks on the MPs involved and trying to link them with what they see as radical elements of the pro-life lobby in an attempt to discredit them by association.

Then we hear them implying that the Dorries/Field amendments will force compulsory counselling on women when a simple examination of the wording reveals that they will do nothing of the sort.

I suspect these reactions are indicative of a feeling that they are losing their grip. If afraid revert to ad hominem attack and misrepresentation.

With their right to know campaign, these two MPs are attempting to ensure two things.

These are both reasonable moves that will make sense to most people. These amendments are essentially pro-women.

On the other had though the pro-life movement have real reservations. Field and Dorries are not pro-life.

Dorries ran foul of the pro-life movement some years ago when she proposed a ten minute rule bill that attempted to introduce better counselling for crisis pregnancies on the one hand whilst creating a fast-track to abortion, for those who wanted it, on the other. As a result she attracted the wrath of both sides and prominent pro-life members of parliament joined forces with pro-choice members against her.

Whilst having voted for a lowering of the upper limit to twelve weeks in 2008 (and being one of only 60 or so MPs who did so), she does not oppose very early abortion, and whilst backing a lowering of the upper limit for able-bodied babies, she does not back a similar lowering for babies who are disabled. These positions lose her considerable support from pro-life lobby groups.

Her recent support for abstinence-based sex education is refreshing. But her move, again with Frank Field, to back provision of the morning-after pill over the counter without prescription in England as well as Wales has, in my view quite rightly, generated a lot of criticism.

Unlike Dorries and Field, my own position is strongly pro-life – I am opposed to abortion per se at any gestation and for any reason because it takes an innocent human life. But there are some things Dorries and Field stand for which I support.

I would support a tightening of the law aimed at reducing abortion – provided that such a move does not loosen the law elsewhere. I’m not interested in trading off reductions in upper limits for more abortion at lower gestations. In my view the 1990 HFE Act, where a lowering of the upper limit from 28 to 24 weeks achieved at the cost of allowing abortion up to birth for disabled babies, was a tragic outcome

But I will support moves that will save some babies, as long as other babies, presently safe, are not sacrificed as a result.

Back in 2008 we carried out a study of abortion rates in European countries and discovered that those with ‘right to know’ legislation (offer of counselling, advice, information about alternatives) had, on average, abortion rates that were 30% lower than those (like Britain) which didn’t.

The clear message is that many women, given proper advice and support, choose not to abort, because for many women the choice to abort is not a choice at all.

It is rather the choice they make because they feel they have no choice. It is the un-choice; the choice made for fear that keeping the baby might leave them alone without support or help; deserted by partners; marginalised by friends; frowned upon those who see children not as a precious gift, but as an encumbrance. In other words many women choose abortion, not for themselves, but because they feel a sense of duty to others, or because they fear what might happen to them if they do not choose abortion.

I cannot see how anyone in their right mind could deny women an opportunity to consider alternatives to abortion.

And that is why the protests of the pro-abortion lobby sound so hollow in this debate. Their strident objections to a reasonable suggestion are undermining their credibility.

They have lost touch with the public mood on this matter. They are looking and sounding more and more like extremists and Dorries and Field are sounding more like the sensible middle ground.

So are Dorries and Field pro-life? Most definitely not! But they have sensed the public mood for change and they are, with these amendments, taking a small step in the right direction.
Posted by Peter Saunders at 15:40