The economic challenge of a greying population? An alternative to the Sunday Times chilling 'final solution'. 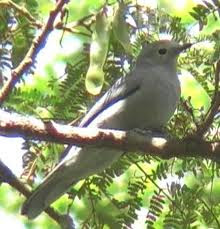 Last week I blogged on the recently published ‘Third Demography Report’, which demonstrates that that low fertility rates and an ageing population will present Europe with a big economic challenge.

I argued that unless we reverse demographic trends in Europe the generation that killed its children may well be killed by its children.

Unless something is done to reverse the demographic trends, economic necessity, together with the ‘culture of death’ ideology which is becoming more openly accepted, may well mean that the generation that killed its children will in turn be killed by its own children.

I quoted the retired European financier Jacques Attali, who claimed that as a result of this demographic shift, euthanasia would ‘become one of the essential instruments of our future societies’.

If I had waited a few days to read Minette Marin’s column in the Sunday Times, ‘The life or death decision facing the grey cuckoos in our midst’, (you will need a subscription to read it), I would have found an even more grotesquely pessimistic portrait of the future.

Marin has grasped the reality of the demographic time-bomb, which she calls ‘an enormous grey elephant in the room’.

But her proposed solutions for the economic challenges ahead are breathtakingly chilling.

‘The unmentionable fact is that the generous welfare systems of the rich world are doomed in their entirety. This is simply a matter of demographics…. We are seeing the greying of the rich world, as the baby boom generation retires. Everyone knows that, but not everyone is prepared to admit the consequences.’

What are these consequences? She spells them out for us:

'In 1950 there were 7.2 people of working age (20-64) in the OECD member states for every person more than 64 years old. By 1980 the ratio had fallen to 5.1; now it is about 4.1 and by 2050 it will be 2.1…. On top of all the other requirements of the welfare state, old people’s needs are huge. Quite apart from the costs of pensions and social security, an enormous part of National Health Service annual expenditure goes on the elderly. Department of Health statistics for 2002-3 show that nearly half the entire NHS budget, 46.7%, was spent on people over 64 and nearly a third of NHS spending, 30.3%, was spent on people of 75 or older.'

Where does she think this is all leading?

‘All those who don’t (have a generous pension or financial assets) will become outsize grey cuckoos, crowding out the nests of the overworked young….I am not remotely recommending that anyone in a good society should be expected to take a walk up the snowy mountain’

So what is she suggesting?

‘old people who, entirely of their own free will, decide to take their lives without pressure from anyone else are, I think, to be admired and thanked. They are sparing themselves and their families a great deal of suffering and are relieving those around them and the welfare state of a burden. Surely that is an honourable act.’

Marin sees this as the escape from what she believes is an inevitable living hell for ‘many old people’.

‘a time of maltreatment in geriatric wards, lying on their bedsores in urine and excrement, of dependence on indifferent foreign minders in expensive care homes, a period of painful confusion, feeling ignored, unwanted and lonely. In a less rich society, such things will become more common.’

This leads her on to an impassioned plug for the legalisation of euthanasia and assisted suicide, not just for the ‘mentally competent terminally ill’ (Dignity in Dying’s mantra) but for anyone who has reasons to want it:

‘Nor can I see any reason for restricting the right to die to people with terminal illnesses. Degenerative illnesses, constant pain and the nightmarish dwindling we all dread are excellent reasons for wanting, very rationally, to die. So I feel great admiration for all those brave people who decide to end their lives at a time of their choosing.’

Her final gambit is that to embrace this ‘final solution’ to the demographic problem is some kind of economic necessity.

‘We will need that if we are to be able to choose a good death in an impoverished society.’

So the bottom line is that Britain is becoming an impoverished society. We are too poor to look after our children and old people so we need smaller families and a smaller older generation in order to survive. And euthanasia will help us achieve it.

I don’t think so.

The answer to Marin’s ‘elephant in the room’ is not euthanasia. The real answer is in our grasp, but it requires a completely different mindset to that which has led us, in our reckless pursuit of affluence and personal peace to mortgage our present, bankrupt our futures, and see those who rely on us as a burden rather than a privileged responsibility.

Marin graphically describes a world based on what one might call a Darwinian ethic, where the weak elderly lay down their lives for a younger stronger generation who view them as an encumbrance – a world where ‘non-survival of the weakest’ has become some kind of public duty.

This is the ethic of the African savannah, where humankind is reduced to the level of brute beast in a struggle to the death for survival, where all interests of the individual are subjugated for the good of the tribe.

In stark contrast, there is an alternative way of living that turns this Darwinian thinking completely upside-down.

‘Bear one another’s burdens,’ says the Apostle Paul, ‘and so fulfil the law of Christ’; Jesus Christ, he tells us in another place, incarnated this ethic:

‘In your relationships with one another, have the same mindset as Christ Jesus, who being in very nature God, did not consider equality with God something to be used to his own advantage; rather, he made himself nothing by taking the very nature of a servant, being made in human likeness. And being found in appearance as a man, he humbled himself by becoming obedient to death— even death on a cross!’

In the first, the independence and autonomy of the individual rule absolute and the weak elderly take an ‘honorable exit’ so as not to burden the young and virile?

The solution is easily within our grasp, but we must have the will to embrace it.
Posted by Peter Saunders at 16:05