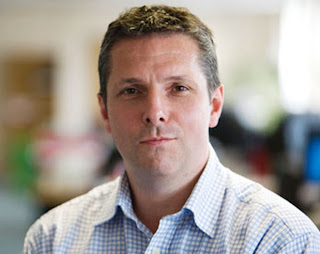 The News of the World reports today that that a leading disabled people's charity has hit out against the 'headlong rush' to allow assisted suicide in Britain.

Scope boss Richard Hawkes (pictured) claims that Lord Falconer's discredited Commission on Assisted Dying, which was set up to examine whether a change in the law is needed, has already made up its mind. And he fears disabled people could feel under pressure to take their own lives.

'We are deeply concerned that the commission is a foregone conclusion, with the debate loaded in favour of assisted dying,' he said.

'Disabled people are worried about people assuming their life isn't worth living or seeing them as a burden.'

Scope's announcement today follows the launch of the Resistance Campaign in June last when disabled people from across the UK came together in Westminster in order to ensure that legislation prohibiting assisted suicide and euthanasia remained in place.

The Not Dead Yet UK ‘Resistance’ campaign included the launch of a charter that was subsequently sent to all MPs, asking them to support the campaign’s aims and commit to fighting for disabled and terminally ill constituents.

The charter’s key points include:

Campaigners pointed out that some people view disabled people’s lives as not worth living, contrary to the view of many disabled people themselves. High profile cases of disabled people who want the law changed to make assisted suicide easier are the exception rather than the rule, they argued.

Baroness Jane Campbell of Surbiton, convenor for Not Dead Yet UK, pointed out at the time that the likelihood of cuts in services across the country would create additional challenges for disabled people. She said:

'There have been two attempts to weaken assisted dying legislation in the past four years, with further discussions taking place in the Scottish parliament now. We face a bleak situation if calls for assisted suicide to be lawful are renewed whilst vital services are being withdrawn or denied.'

'Disabled and terminally ill people need help and support to live, not to die. We cannot allow others to speak for us; especially those who seek to offer us the choice of a premature death. It is not a choice – it is to abandon us.'
Posted by Peter Saunders at 15:41