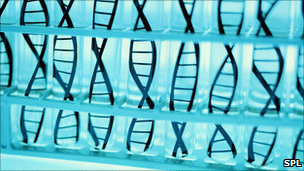 The Human Genetics Commission (HGC), a government advisory committee, has given the green light to preconception genetic tests saying that there are no specific ‘social, ethical or legal’ reasons that stand in the way. The UK National Screening Committee will now consider this advice as it decides whether widespread screening should be introduced in GP surgeries, family planning centres, IVF clinics or pharmacies.

Screening of embryos and babies in the womb for genetic tests is now increasingly commonplace in Britain. If abnormalities are found the affected embryos are generally discarded and affected babies are aborted.

The HGC is recommending that these tests be available to both children and adults before they have children in order to increase their ‘reproductive options’.

The move has already attracted a lot of criticism.

Dr Helen Wallace, director of GeneWatch UK, has said: ‘The idea that young people should be choosing partners or deciding to use IVF based on their DNA is both dangerous and misleading. Even if everyone were screened, some children would still have genetic disorder because many mutations occur spontaneously and are not inherited.’

Dr David King, director of Human Genetics Alert, has warned that the report ‘will inevitably lead to young people being stigmatised and becoming unmarriageable’ and that ‘disabled people will feel even more threatened.’

Dr Calum Mackellar, Director of Research at the Scottish Council on Human Bioethics, has raised the question of whether the HGC's decision is an example of negative eugenics.

And Josephine Quintavalle, from the campaign group Comment on Reproductive Ethics, has warned that the recommendations were ‘far too deferential to genetic determinism’.

There are literally hundreds of identifiable genetic disorders that can be passed on from adults to children. These vary in severity (from fatal to minimal functional disturbance), clinical effects, age of onset and frequency.

The vast majority are vanishingly rare and most doctors have not even heard of them. There are some diseases which are much more household names such as sickle-cell disease, cystic fibrosis and PKU, all of which are tested for using the Guthrie test heel prick routinely carried out five days after birth.

The pattern of inheritance also varies. People will generally know that they carry ‘autosomal dominant’ disorders such as Marfan’s syndrome because they will be physically affected themselves. However recessive diseases like cystic fibrosis and sickle cell disease can be carried by people without them knowing. Only if both parents are carriers can the children be affected, and then only then 1 in 4 children will display the disorder.

So what are these ‘reproductive options’ that the government is wanting to promote?

One ‘option’, if you find yourself to be a carrier, would be simply not to marry another affected person. But who is going to ‘choose’ that if they are truly in love?

The next option would be for affected couples to choose not to have children but rather to adopt. But then there are very few babies available for adoption nowadays with the rise of abortion and with many solo parents choosing to keep their children.

The next option would be to make use of IVF technology employing either donated egg or sperm but that raises all sorts of ethical issues.

Failing that the only remaining reproductive options are embryo screening, chorionic villus biopsy or amniocentesis followed by embryo disposal or abortion. However these last options do not involve treatment or prevention of genetic diseases, but rather destruction of those individuals who carry affected genes.

So the overall effect of this new technology will be more IVF and more embryo disposal and abortion.

What is really driving all this? My concern is that it is our society’s increasing obsession with celebrity status, physical perfection and high intelligence leading to the view that the lives of people with disabilities or genetic diseases are somehow less worth living.

Increasingly now, we hear, particularly at a time of economic recession and financial constraint, about the cost of caring for those with disabilities or disease. However because of the very low frequency of genetic disease, the actual cost of prevention, treatment or cure as a percentage of the total health budget is very small indeed.

If we are really concerned about health spending then we should be investing much more in the prevention of the growing burden of disease occurring as a result of what is euphemistically called ‘life style choices’.

People who drink too much, smoke too much, eat too much, fail to exercise, drive recklessly or have sex outside marriage contribute far more to society’s disease burden then those who, who through no fault of their own, carry genetic diseases with genetic disabilities.

And the health costs of caring for the growing number of elderly people in our society, would not be a problem if our birth rate, largely as a result of ‘life style choices’, had not fallen beyond replacement levels.

There are far more important priorities for government spending than rolling out genetic screening for rare diseases and fuelling the growing eugenic mindset which is leading to more and more highly questionable ‘reproductive choices’.
Posted by Peter Saunders at 10:51