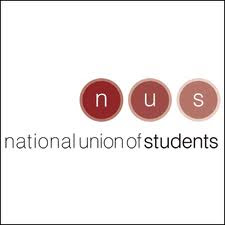 Delegates at the National Union of Teachers' conference in Harrogate have warned that ‘homophobic bullying in schools is “endemic" and likely to rise with the impending growth in the number of faith schools’ and, in a motion overwhelmingly backed by delegates, have called on their union ‘to conduct an investigation into discrimination in faith schools’.

Bullying is to be denounced and should not be tolerated in any school in any circumstances for any reason but today’s accompanying 'leading article' in the Independent, titled ‘Faith schools must confront homophobia’, has a much more pernicious tone and insidious agenda.

Its main failings are its failure to define the term 'homophobia' (it conflates 'believing that homosexual acts are morally wrong' with 'hating gay people') and its assumption that there is such a thing in our multi-faith and multicultural society as a 'an agreed set of British values'.

In this way, rather than providing a basis for discussing an important issue (bullying directed against gay people), it risks doing little more than stirring up prejudice against people who subscribe to religious faith. Maybe that is its intention.

Surely the whole problem is that as a society we do not actually have 'an agreed set of values'. Britain is not a monoculture and it is certainly not a monocultural 'modern, liberal society' however much the author might wish that it was.

Part of respecting diversity is to understand that intelligent and well-meaning people come to different views on morality, ethics and on which of the broad range of world views held by British people they think most closely reflects reality.

This high-handed and patronising editorial paints a rather perverse (and largely untrue) picture of faith schools as emphasising 'differences between people rather than uniting them', sourcing 'their core values in historically intolerant creeds' and allowing 'bigotry' to 'shelter behind the mantle of religious conviction'.

It is precisely this sort of intolerance expressed by the (conveniently anonymous) author that stirs up prejudice towards, and even demonises, people of faith

I suspect the writer's real intention is to promote the secular fundamentalist agenda with the aim of undermining public funding for schools which espouse any 'faith' other than secular humanism.

But a free, liberal and tolerant society is actually one where diverse views on such issues as morality, God, sex, origins and the afterlife are both recognised and allowed to be taught and expressed.

Let's stamp out bullying by all means - but let's not allow it to be used as a platform for promoting the secular fundamentalist agenda and demonisng everyone who thinks differently.

(For an alternative perspective on 'homophobia' see my previous blog on homophobia and homoscepticism)
Posted by Peter Saunders at 07:21