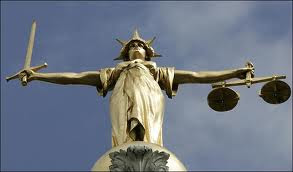 The Government has failed in a High Court bid to keep secret information on late abortions which it claimed might lead to the identification of individual women involved.

A judge today upheld the Information Tribunal's earlier decision to disclose 'sensitive' data from national statistics to the ProLife Alliance. The judge also put a stay on any of the data being released to give the DoH time to appeal to the Court of Appeal.

One result of the decision, if not overturned, will be that the Department of Health will be required to make public details about the number of late abortions carried out for various congenital abonormalities. Up until now it has refused to publish the number of abortions in any category where there were less than ten performed.

Abortion can currently only be carried out on able-bodied babies up to 24 weeks gestation, the generally accepted lowest age at which babies can now survive with good neonatal care.

However disabled babies can be aborted right up until the time of birth (40 weeks) on grounds that there is a 'substantial risk' that the baby would be 'seriously handicapped'. But the words 'substantial' and 'serious' are interpreted liberally.

Each year about 120 babies are aborted above 24 weeks on these grounds including some over 35 weeks.

The DoH initially began withholding abortion statistics in 2002 after it was revealed that a baby of 26 weeks had been aborted for cleft palate, a surgically correctible condition.

But this ruling will mean that information about the conditions for which late abortions are carried out, and the gestation at which they are performed, will be have to be made available to the public, whilst still making it virtually impossible to identify individual women.

The result should be more transparency about late abortion, with better scrutiny and accountability surrounding the whole process.

Outside the High Court on Wednesday, Josephine Quintavalle of the ProLife Alliance said:

'The resistance of the Department of Health is extraordinary. This is a great victory for freedom of information and accountability and most importantly for the rights of the disabled unborn child.'

'There is no proper mechanism for the scrutiny of abortion provision other than the meagre information provided by statistics, and these were far more detailed in 2001 than they are today, particularly in relationship to late abortions.'

If the Department of Health has nothing to hide it should have nothing to fear from this judgement.

But I suspect that the reason they have fought against this so avidly for so many years is that they know only too well that if this information were to come into the public domain serious questions would be asked about current abortion practice.

Questions are already being asked about why so much taxpayers' money has been spent fighting court battles aimed at keeping this information secret when it could have been used to provide better care and treatment for babies born with disabilities.

This judgement is a victory for truth and justice and the ProLife Alliance are to be congratulated for their patience and perseverance in pursuing the case against such powerful opposition.
Posted by Peter Saunders at 14:50