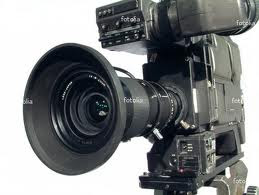 The BBC is today facing a new controversy over the way it handles death after it was revealed in both the Daily Mail and the Daily Telegraph that the corporation is to screen a dying man’s last breath in a programme about the human body.

This news comes a little over a week after I accused the BBC of being a ‘cheer leader for assisted suicide’ for filming a man killing himself at the Dignitas facility in Switzerland for a separate programme.

Yesterday it emerged that the second episode of the BBC1 Science series called ’Inside the human body’ to be broadcast on 12 May will show the moment an 84 year old man called Gerald dies at home of cancer surrounded by his family.

As expected the BBC have strongly defended their actions.

BBC presenter Michael Mosley has denied that the screening of the death is voyeuristic and exploits an intensely personal moment. He claims the support of ‘many who work closely with the dying’ for filming and showing on national television ‘a peaceful and natural death’.

Another BBC spokesman has said, commenting on the programme, that ‘death is an important part of the human experience and showing Gerald’s death is integral to understanding what happens to the body when it no longer is able to function properly. The BBC does not shy away from difficult subjects like this, but presents them in a sensitive and appropriate manner’.

I’m not sure on past record that the BBC itself is the best judge of sensitivity and appropriateness.

While on the one hand it makes a welcome change for the BBC to be discussing natural death rather than promoting assisted suicide there is a huge difference between depicting death in a fictional drama and showing the actual moment of death of a real person.

Personally I welcome the fact that the BBC is showing a film on natural death. This is certainly a subject that it should not be shying away from but the issue could easily be opened up for discussion without a real moment of death having to be shown on television. It is very hard to understand why exposing such a private and personal moment to the gaze of all and sundry is really necessary.

Some decades ago when most deaths took place at home, the majority of people would have witnessed the dying process in the context of normal family life. Similarly, most people at some stage would have seen the dead body of a family member.

It perhaps says something powerful about the way we have shut death and dying away in hospital wards that it has now become the subject of this sort of intrusive voyeurism.

There is a huge amount of work to be done in alleviating the anxiety that many people now have about the dying process largely as a result of unbalanced scaremongering publicity about bad deaths propagated by the pro-euthanasia movement with media support.

The reality, especially with good palliative care, is that the majority of people die relatively comfortably today with distressing symptoms like pain and nausea well controlled. I hope that the BBC programme conveys something of this reality. There is certainly opportunity to do so.

As I have previously documented, by the time the summer arrives the BBC will have in the last three years shown a total of six programmes presented or produced by people who are advocates for changing the law to allow assisted suicide or euthanasia or who are strongly sympathetic to that position.

Wouldn’t it be wonderful to see a BBC documentary or docudrama which focused on the testimony of a dying or disabled person who was opposed to a change in the law or which sensitively and factually conveyed the truth about what palliative care can achieve for dying patients?

But would it make good television? Judging by its track record thus far the BBC appears not to think so.
Posted by Peter Saunders at 14:46