Why is an offshoot of a euthanasia pressure group launching a ‘how-to-die’ helpline? 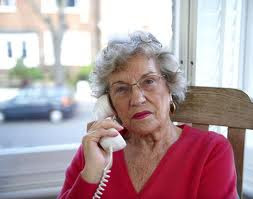 I see that staff of Dignity in Dying, formerly the Voluntary Euthanasia Society, are planning to set up the UK's first helpline aimed at speeding the terminally ill towards 'a good death'.

The free phone line, is to be set up under the auspices of DID’s sister organisation Compassion in Dying, a registered charity.

The two groups are intimately entwined. Compassion in Dying’s chief executive is Sarah Wootton, a former abortion rights campaigner, who is also heads up Dignity in Dying.

The organisation is run from Dignity in Dying’s Office and is manned by DID staff. DID patrons serve on its board.

Compassion in Dying (CID) says it exists to exploit 'existing end-of-life rights' and will pass on information to callers.

Judging by Compassion in Dying’s downloadable information guide, the helpline will mainly be providing advice on end of life treatment options made legal under the Mental Capacity Act.

These will include helping people to set up advance directives to refuse various treatments should they lose mental competency.

The charity also offers help to people seeking to bring prosecutions against doctors or health authorities who will not comply with advance decisions such as those demanding the withdrawal of artificial nutrition and hydration from people who have lost mental capacity as a result of stroke or dementia.

It goes on to offer advice to relatives who wish to take cases to the Court of Protection, which has come under criticism for its lack of transparency over a recent case involving a gagging order: ‘If you strongly disagree with the treatment decisions doctors are making regarding a loved one who is no longer mentally competent, you may need to apply to the Court of Protection. The Court was set up under the Mental Capacity Act to resolve such disputes quickly.’

Will the CID helpline be providing help to people who want advice about how to commit assisted suicide or euthanasia? That is not currently clear.

As the two organizations are essentially one and the same, sharing staff and operating from the same address, one wonders how calls seeking advice on committing assisted suicide will actually be handled practically.

Will they simply divert the call to another phone line (perhaps even manned by the same person at the same desk), or will the person answering the phone just put on a different 'hat' and carry on with the call?

Dignity in Dying’s sister organization 'Compassion and Choices', based in Oregon, already acts as a 'one-stop shop' providing a portal for people who want help to kill themselves under Oregon's controversial Death with Dignity Act.

I wonder if Dignity in Dying is gearing up to go in the same direction? It is currently actively campaigning to change the law and has financed a private commission, now discredited, to provide ‘evidence’ to support the legalization of assisted suicide.

Either way Dignity in Dying is sailing very close to the wind. Encouraging or assisting suicide is a crime carrying a prison sentence of up to fourteen years in the event of a successful prosecution.

All of the information Compassion in Dying provides is currently freely available from other sources, which leaves us with the question, ‘Why is an offshoot of a euthanasia pressure group providing these services at the end of a phone line, for free?’

Surely what people need is independent advice and information, not the help of a campaign group with a very clear agenda.
Posted by Peter Saunders at 22:25