New BBC Radio Four Programme - Are we in for more bludgeoning of disabled people? 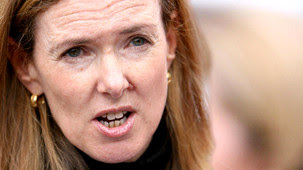 I've just been alerted to the fact that BBC Radio 4 is running another forty-minute 'documentary' on an end-of-life theme next Tuesday 21 June at 2000.

'A Living Death', is 'a review into the care of patients in vegetative or low awareness states', which has been launched by the Royal College of Physicians.

The programme is billed as follows (emphasis mine):

'There are thought to be as many as 5000 such people in the UK. The working party will look at concerns that assessment and diagnosis of patients is not consistent across the country and will ask whether the cost of long term care is affordable to the NHS. Ann Alexander examines calls for a reform of the process to end the life of such patients where their families believe their loved one would no longer wish to be alive. The programme reveals how some hospitals appear unaware of the law and hears how the process can be lengthy and costly, putting families under further strain.'

Yes, all the usual specious euphemisms are there in abundance.

It looks we might be in for another barrage from the BBC telling us how 'worthless' the lives of people with severe stroke, dementia, head injury or brain damage are and how 'they would all wish to die anyway', how much it costs to 'keep them alive' and what a mercy it would be if they could be 'allowed (or helped) to die' so as not to put a 'strain on their families' or 'divert precious NHS resources'; how we would be doing them all a service because they are 'better off dead'. More Minette Marin nonsense in other words.

A society is ultimately judged on how it treats its weakest members, and there is no such thing as a worthless life. Those who are severely brain-damaged need our love, care and support more than anybody.

The amount we spend on them is miniscule compared to that we spend on smoking, alcohol, pornography and the consumer items that we cannot afford that have got us, as a nation, into such a financial mess.
Posted by Peter Saunders at 04:15