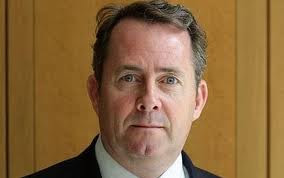 Defence Secretary Liam Fox has said he would support efforts to reduce the ‘far too high’ number of abortions. He is the first high profile politician this week to say so.

PA reports tonight that amid tensions within the coalition over a backbench bid to change the law on counselling for women considering a termination, Dr Fox said he would back anything that made people ‘think twice’.

Tory MP Nadine Dorries is currently rallying support for an amendment to the Health and Social Care Bill which would provide women who wanted it to receive counseling that was independent of the abortion industry.

Last week it was reported in a comprehensive review published in the British Journal of Psychiatry that abortion raises the risk of mental health problems by 81%.

PA however incorrectly repeats the myth perpetrated by the Guardian newspaper and believed by Prime Minister David Cameron that Dorries’ move would stop 'abortion providers' such as Marie Stopes and the British Pregnancy Advisory Service providing counselling. This is in fact not true.

Private abortion providers gained a stranglehold on taxpayer-funded abortions under the last government. In addition every accredited pregnancy advice bureau is already linked to this industry and advised by the RCOG whose members carry out most abortions.

This sort of monopoly would not be tolerated in any other ‘service’ area but it is precisely this status quo that David Cameron under the influence of Clegg/Harris/Unions has sought to cement to the cheers of the Guardian and the criticism of the Telegraph.

Cameron said earlier this week that he would oppose Dorries’ amendment and Health minister Anne Milton has since emailed MPs saying she and her colleagues at the Department of Health would also be voting against the amendment, if it comes down to a vote.

Ms Dorries today branded Cameron as ‘gutless’ and said he had supported her amendment but had been forced into a U-turn by Liberal Democrat Deputy Prime Minister Nick Clegg. ‘I was told by a Cabinet minister that the PM dropped it to save coalition stability,’ she told The Mail on Sunday. She added: ‘I just wish he had the guts to say outright it was Clegg who forced him to U-turn.’

Asked about Ms Dorries's amendment, Dr Fox - the Tory Defence Secretary - said: ‘I would certainly want to support any amendments that saw the number of abortions fall in the UK.

I think the level is far too high. I would certainly welcome any restrictions which enable people to think twice and get objective advice. I would actually want to see what the amendments specifically are but I'm in favour of something that sees the high level of abortions in the UK reduced.’

Fox has an excellent voting record on issues of Christian conscience whilst Cameron’s is rather wobbly.