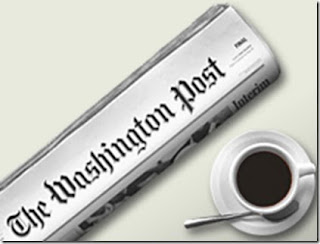 The day after the debate the Daily Telegraph published a letter from six consultant psychiatrists supporting Nadine Dorries' position and calling for a change in the law.

The letter noted that in March 2008, the Royal College of Psychiatrists issued a position statement in which they recognised that good practice in relation to abortion should include informed consent involving the provision of adequate and appropriate information regarding the possible risks and benefits to physical and mental health.

I was therefore interested to see just a few days later an article published in the Washington Post titled ‘The big lie about abortion and mental health’. The author, Brenda Major, argued as follows:

‘Rigorous U.S. scientific studies have not substantiated the claim that abortion, compared with its alternatives, causes an increased incidence of mental health problems. The same conclusion was reached in 2008 by an American Psychological Association task force, which I chaired, as well as by an independent team of scholars at Johns Hopkins University.’

I’m not sure if the Washington Post intends to grant column inches to those who might want to contest Major’s claim, but the claim has been since contested and I reproduce Professor Priscilla Coleman’s response to Major’s article here:

On Sunday, November 7, the Washington Post published an opinion by Dr Brenda Major titled ‘The Big Lie about Abortion and Mental Health.’ I would like to offer another perspective on the dishonesty permeating the scientific study of abortion and mental health and the dissemination of information on the topic. Like Brenda Major, I am a tenured full professor at a well-respected American university who has published peer-reviewed scientific articles in reputable journals. (In fact, my publication record far exceeds Dr. Major’s on the topic of abortion and mental health.)

Dr. Major is absolutely correct that an informed choice regarding abortion must be based on accurate information. An unbiased and valid synopsis of the scientific literature on increased risks associated with abortion would include depression, substance abuse, and anxiety disorders (including PTSD), as well as suicide ideation and behaviors. The body of literature on the subject is made up of hundreds of studies — including 30 in just the last five years — published in major medical and psychological journals throughout the world. The conscientious reader is encouraged to check the studies out. No lies, just scientifically derived information that individual academics, several major professional organizations, and abortion providers have done their best to hide and distort.

Dr Major’s opinion piece followed on the heels of a highly biased ‘Task Force Report on Abortion and Mental Health’ from the American Psychological Association. Six colleagues and I sent a petition letter to the APA criticizing their methods and conclusions; as a group, the seven of us in 2008 had published nearly 50 peer-reviewed articles indicating abortion is associated with negative psychological outcomes.

These two examples are just the latest in a long line of efforts to divert attention from sound published data on the emotional consequences of abortion. The literature now echoes the voices of millions of women for whom abortion was not a liberating, health-promoting choice: A conservative estimate from the best available data is 20 to 30 percent of women who undergo an abortion will experience serious and/or prolonged negative consequences. Yet a socio-political agenda seeks to keep the truth from women in order to ensure that the big business of abortion continues unimpeded.

Any interpretation of the available research that does not acknowledge the strong evidence now available in the professional literature represents a conscious choice to ignore basic principles of scientific integrity. The human fallout from such a choice: misinformed professionals, millions of women struggling in isolation to make sense of a past abortion, thousands who will seek an abortion today without the benefit of known risks, and millions who will make this often life-altering decision tomorrow without the basic right of informed consent. In publishing Major’s opinion without soliciting other voices on the topic, the Washington Post has perpetuated a serious injustice.

I note that the Association of Prolife American Obstetricians and Gynecologists (AAPLOG ) also has on their website evidence based conclusions from the world literature on the mental health disasters following abortion for many women, disasters ranging from substance abuse, to depression, to suicide.

Also worth reading (if you have the time) are AAPLOG’s comments on the ‘sweeping and strange conclusion’ of the American Psychological Association (APA) in their 2008 task force report .

Coleman, P. K. (2005). Induced Abortion and increased risk of substance use: A review of the evidence. Current Women's Health Reviews 1,21-34.

Coleman, P. K. (2006). Resolution of unwanted pregnancy during adolescence through abortion versus childbirth: Individual and family predictors and psychological consequences. Journal of Youth and Adolescence, 35, 903-911.