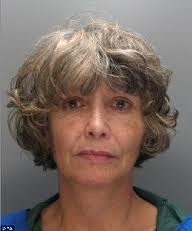 Under British law mercy killing (ie. euthanasia voluntary or involuntary) is treated as murder under the Murder Act 1965 and carries a sentence of life imprisonment. The judge has discretion in sentencing for murder depending on the facts of the case and may lessen the sentence in the light of mitigating factors such as ‘provocation’ or ‘diminished responsibility’.

Life imprisonment however does not mean life imprisonment. The standard sentence is fifteen years but the range is very broad. The Jigsaw Killer Stephen Marshall got 36 years. On the other hand extreme Frances Inglis got only nine years and this has now been reduced by the court of appeal to five.

The pro-euthanasia lobby’s ultimate objective is to decriminalise all mercy killing. They are attempting to do so using an incremental strategy and by starting with very modest initial objectives. Attempts to legalise overt mercy killing in Britain have always been unsuccessful and so the pro-euthanasia lobby have therefore focused on the softer target of assisted suicide (helping people to kill themselves).

Encouraging or assisting a suicide is illegal under the Suicide Act 1961, but carries sentence of only ‘up to 14 years imprisonment’. The judge has discretion in sentencing here also and in practice many of those convicted (and there are very few convictions at all) receive only suspended sentences, meaning in effect that they do not go to prison at all. Kay Gilderdale was a recent case in point.

Lord Joffe’s Assisted Dying for the Terminally Ill Bill, defeated by 148 votes to 100 at second reading in the House of Lords on 12 May 2006, was the first of two failed recent attempts to legalise assisted suicide for the terminally ill. In like manner, Lord Falconer attempted to amend the Suicide Act in 2009, by way of the Coroners and Justice Bill, a piece of legislation paradoxically designed actually to tighten the suicide law. His aim was to decriminalise taking ‘loved ones’ abroad for assisted suicide but the measure was defeated by 194 to 141. In less than two weeks Margo MacDonald will try again with her End of Life Assistance Bill in Scotland.

Because of the repeated failures to change the law in parliament the pro-euthanasia lobby have shifted their focus to the courts. Debbie Purdy managed, by way of the Supreme Court, to force the Director of Public Prosecutions to publish the criteria by which he decides whether or not a prosecution for assisted suicide is in the public interest.

These criteria I have previously argued are fundamentally flawed in that they have pandered to the agenda of the pro-euthanasia lobby by making prosecution less likely when the act is ‘wholly motivated by compassion’. This has effectively changed the working of the law by shifting the focus from ‘intention’ (a testable quality) to ‘motivation’ (a quality very difficult to assess objectively). It is therefore not surprising that we are seeing very few convictions.

The case of Tony Nicklinson is an attempt to do for the Murder Act what Debbie Purdy has done for the Suicide Act – to force the DPP to create concessions in sentencing for mercy killing – ie. Euthanasia.

In the meantime the other goal of the pro-euthanasia lobby is to get Parliament to review the Murder Act with the ultimate aim of decriminalising mercy killing.

This is demonstrated in the reaction we see to the Inglis judgement. Sarah Wootton, Chief Executive of Dignity in Dying, said after the hearing: ‘Whilst we do not condone Mrs Inglis's actions, given that she directly ended her son's life without his consent, it is clear that her motives were selfless, and we do not think that her actions should be unduly punished because murder law is not equipped for compassion.’

Ms Wootton’s aim is to build momentum for a review of the Murder Act. The British Humanist Association (BHA) has similarly said that the law needs to be reformed to distinguish between cases of ‘mercy killing’ and murder. The language used is that of Dignity in Dying (DID).

Naomi Phillips, BHA head of public affairs, said: ‘Today’s judgment demonstrates that the courts are bound by a restrictive law which fails to distinguish between where a person has compassionately assisted another to die, and where that was done with malicious intent or murder.

‘However, it is for parliamentarians not judges to make the legal changes necessary in order to ensure that cases of “mercy killing” and of murder are seen and treated differently under a reformed law.

‘Ultimately, we want assisted dying to be legalised in the UK. Without those legal reforms, those who are vulnerable remain at risk because legal safeguards, which would accompany the legalisation of assisted dying, are not in place to protect them from coercion or other malice.

We need a law on assisted dying that is sensible, ethical and forward-thinking, that both upholds people’s fundamental human right to die with dignity, in a manner of their choosing, and which protects those who are motivated by compassion to assist another's death.’

The BHA’s overt objective (legalising euthanasia whether voluntary or involuntary as in this case) is broader than that of DID (assisted suicide for the ‘terminally ill’) but this only goes to show how seamless these various categories are.

What these groups conveniently choose to ignore are the facts of this case. As has been made clear in the judgement, Tom Inglis’ brain damage was at least in part the result of his mother’s earlier attempt to kill him.

In their ruling, Lord Judge said that Mrs Inglis – who was not in court - not only killed her son without considering the rest of the family, her initial failed attempt on his life made his condition worse.

‘The appellant’s actions were deliberate and premeditated, and her compulsive objective was indeed to kill her son,’ he said.

‘She was motivated throughout by her personal, unremitting conviction that she should release him from the living hell his limited life had become… She tried to kill Thomas and did eventually kill him without a thought to the feelings of anyone else, including his father and brothers.’

He added: ‘Harsh as it is to have to say it, she had contributed to the very sorry condition from which, on the day of his death, Thomas was suffering.’

If we were to change the law to decriminalise mercy killing (in this case involuntary euthanasia) we would be removing legal protection from all vulnerable people whose lives are judged by some other person as not worth living.

We would be saying that one person, on the basis of such a judgement, should be able to break into a hospital ward and kill them ‘out of compassion’ and get off scot-free.

The effect would be to encourage more acts of this kind. It is precisely for this reason that the law against mercy killing, even for so-called compassionate motives, must stay firmly in place.
Posted by Peter Saunders at 02:09