NICE and GP consortia. What criteria should we use in deciding how to distribute scarce medical resources? Some help from St Paul. 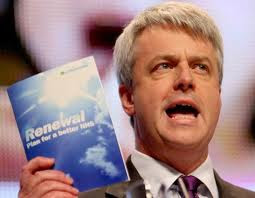 The government’s drug rationing body, NICE, is to lose its power to turn down new medicines for use in the NHS, but will continue to write guidelines for doctors on the best treatments for their patients.

In addition, the current limit on the cost of new drugs – around £30,000 per quality adjusted life year (QALY) – will be scrapped from 2014.

The move seems to have been driven, at least in part, by David Cameron’s election announcement of a £200m fund for new cancer drugs. Some of these drugs had previously been blocked by NICE because of their minimal benefit and very high cost.

Instead, after 2013, groups of GPs – consortia – will be responsible for deciding whether a drug should be funded or not.

These consortia will be allocated more than £70 billion of funding, divided up according to each area’s population and level of ill-health. Out of this they will fund everything, from hospital operations, to district nurse visits, to drugs.

The Daily Mail has welcomed the move as a ‘victory for patients’ under the headline 'Penny-pinching' NICE stripped of power to ban life-saving drugs’.

By contrast, Polly Toynbee, writing for the Guardian sees ‘Big Pharma’ as the winner and predicts ‘more ineffective drugs and higher prices’.

Unusually I find myself agreeing more with Polly Toynbee on this occasion.

She argues that, ‘Every health system is rationed, always was, always will be’ and sees Health Minister Andrew Lansley (pictured) as caving in to ‘a toxic combination of Daily Mail anecdotes of dying patients desperate for a few more months of life and intense lobbying by a pharmaceutical industry that has campaigned long and hard against the one body that kept NHS drug costs under a modicum of control’.

But given that decisions will always need to be made about which treatments will be supplied to whom what criteria should these new GP consortia use?

Clearly the first two criteria will be effectiveness and cost. The former will still be assessed by NICE on the basis of the available evidence in peer-reviewed medical journals and the latter will hopefully be effectively controlled by government.

But the number of drug treatments of medicines that are ‘effective but expensive’ that can be funded will be limited in order to ensure that other treatments can still be supplied to other patients.

It is inevitable that some patients will have to miss out. So what criteria should they use to decide who gets a given drug and who doesn’t?

Should it be ‘first come first served’? Or is it actually right to discriminate? And if so, on what grounds?

The Apostle Paul tackled a problem of resource allocation in his first pastoral letter to Timothy involving the question of which widows should be supported by the church. Care for widows, orphans and aliens are key priorities throughout Scripture for God’s people – but if funds are limited how does one decide between cases?

First, there should be genuine need. ‘Give proper recognition to those widows who are really in need.’ (1 Timothy 5:3) This must have involved some kind of objective test or assessment. Help was not to be given just because people asked for it and especially not just to those who asked loudest. It is right to assess whether need is really genuine and often it is the voiceless whose need is greatest (Proverbs 31:8). One assumes that the church therefore would have had have to define some specific level of genuine need that was measurable and quantifiable.

Second, the person had to have no other means of support available to them. ‘If a widow has children or grandchildren, these should learn first of all to put their religion into practice by caring for their own family and so repaying their parents and grandparents, for this is pleasing to God… Anyone who does not provide for their relatives, and especially for their own household, has denied the faith and is worse than an unbeliever.’ (vv4, 8) This principle was applied because it was recognized that funds were limited: ‘If any woman who is a believer has widows in her care, she should continue to help them and not let the church be burdened with them, so that the church can help those widows who are really in need.’ (v16) Paul also specifically advised against supporting younger widows, because doing so would encourage dependence and idleness (vv 11-15).

Third, the person had to have proved, by their responsible behaviour and service of others, that they deserved such support. ‘No widow may be put on the list of widows unless she is over sixty, has been faithful to her husband, and is well known for her good deeds, such as bringing up children, showing hospitality, washing the feet of the Lord’s people, helping those in trouble and devoting herself to all kinds of good deeds.’ (vv9, 10)

Of course, if the resources of the early church had been in unlimited supply, there might not have been a need to place limits. But they weren’t, and therefore decisions had to be made. Resources aren’t unlimited for us either – even in the affluent West.

Perhaps these three principles – genuine need, no other means of support and responsible behaviour – might also be a good place to start when drawing lines on the allocation of limited health resources and tax payers’ money.
Posted by Peter Saunders at 06:00