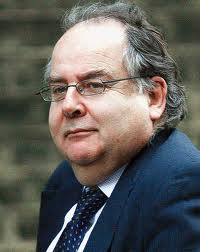 The British Medical Journal (BMJ) last week ran a story about a new Commission on ‘Assisted Dying’ that is due to launch officially on Tuesday 30 November in London.

Demos, which is hosting the commission, describes itself on its website as ‘a think-tank focused on power and politics’ and gives the following information about the launch

Lord Falconer's speech will be followed by a Q&A chaired by Kitty Ussher, Director of Demos. Attendees will have the opportunity to meet members of the Commission and refreshments will be provided.

The Commission will look at the issue of assisted dying. It will consider what system, if any, should exist to allow people to be assisted to die, and whether any changes in the law should be introduced.

The BMJ reports that the commission will consist of twelve people and says that the other eleven include ‘ethicists, doctors, lawyers, and law enforcement professionals’. Their names will not be announced until the commission is launched.

Lord Falconer told the BMJ that the idea came from Dignity in Dying (formerly the Voluntary Euthanasia Society), which raised the money for the commission from the best selling novelist Terry Pratchett, who has Alzheimer’s disease, and from businessman Bernard Lewis.

The fact that an ‘independent’ commission on ‘assisted dying’ is to be chaired by a peer who just last year tried to relax the law on assisted suicide, is being funded by a celebrity novelist who is passionately pushing for a change in the law and was dreamt up by a leading campaign group will certainly raise eyebrows.

The Commission has understandably already attracted international media interest along with critical comment.

Both George Pitcher writing in the Daily Telegraph and and John Pring of the Disability News Service writing for the Federation of Disabled People have raised questions about both its status and independence.

Pring quotes Baroness [Jane] Campbell, a leading disabled campaigner against legalising assisted suicide, who said that at this stage – before the full make-up of the commission was known – it ‘does not look in the least independent’.

She added: ‘Demos may make all the claims of independence it likes, but if the commissioners and funders are heavily weighted towards those who support assisted suicide then the manner with which they will look at the evidence will be seen through this prism.’

Baroness Campbell said she was particularly keen to discover whether the commission would involve ‘knowledgeable disabled people with the experience of severe impairment’.

These are all serious questions which require serious answers. One hopes that these answers will be forthcoming next Tuesday amidst the media hype that will almost certainly accompany the launch.
Posted by Peter Saunders at 16:01