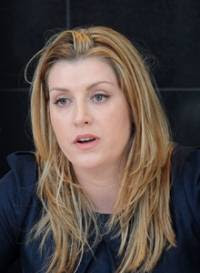 The Commission on 'Assisted Dying', due to be launched on Tuesday 30 November, has attracted some more attention in the press today and we are given additional information about the identities of some of the members of Lord Falconer’s ‘independent’ panel.

The Observer has today run a piece with the intriguing title ‘Assisted Suicide Law to be reviewed by Lords’. This creates the misleading impression that this commission is somehow part of the parliamentary process when it is nothing of the sort.

Instead, as we have already learnt, it is a privately organised enquiry which was the idea of campaign group ‘Dignity in Dying’ (formerly the Voluntary Euthanasia Society) and is being funded by celebrity novelist Terry Pratchett (who like Baroness Warnock backs legalising assisted suicide for people with Alzheimer’s disease).

It is true that the Commission intends to publish a report in October 2011 which it hopes will be discussed in Parliament but we need to be clear that the pro-euthanasia lobby has decided to take this ‘independent’ route because their attempts to legalise assisted suicide through the standard parliamentary processes have failed by large margins at the last two attempts (148-100 and 194-141 in the House of Lords in 2006 and 2009 respectively).

So what do we know thus far of those involved?

As noted previously, Lord Falconer, who attempted to amend the Coroners and Justice Bill in 2009 to decriminalise taking 'loved ones' to Zurich so that they could end their lives at Ludwig Minelli’s suicide facility, will chair the commission.

Another member of this 12-person ‘independent’ team is revealed today to be Penny Mordaunt MP (pictured), who ten days ago laid her cards on the table as a supporter of so-called ‘assisted dying’.

Baroness Young of Old Scone supported Lord Falconer’s move to decriminalise assisting with suicide in 2009 and also spoke in support of Lord Joffe's Bill in 2006. So the two ‘Lords’ on the panel who are to review the law are both already committed to legalisation.

Stephen Duckworth also supports 'assisted dying' according to a statement on the DID website and seems to have no link with any of the main disability rights organisations who oppose any change in the law such as RADAR, Not Dead Yet, UKDPC, NCIL or SCOPE.

We wait with interest to see who the other seven members are but it will be even more interesting to learn how they were selected. Were they nominated or appointed and if so by whom? Did they apply to be included and if so how did they learn about the commission’s existence and what was the selection process? Was there an interview? If so who was on the panel and how ‘independent’ were they?

I do hope that on Tuesday, when the commission is launched there will be full transparency on these questions along with full disclosure about the commission’s funding and any possible financial and ideological vested interests of those selected.

I was interested to read today in the Observer that Lord Falconer felt his 2009 amendment failed because it didn’t contain enough safeguards against abuse. It would be interesting to hear from him more specifically about which safeguards he felt were inadequate and why.

Lord Joffe’s ‘Assisted Dying for the Terminally Ill Bill’ also failed on grounds of inadequate safeguards and serious questions have been raised about whether the key safeguards currently being campaigned by Dignity in Dying are adequate (ie. ‘mentally competent’, ‘terminally ill’, ‘persistent well-informed voluntary request’, ‘suffering unbearably’). In fact whereas Joffe used a definition of 'six months to live' for 'terminally ill', Sarah Wootton, the Chief Executive of Dignity Dying, extends this to twelve months.

Baroness Young's comment on Joffe's Bill in 2006, when she supported it in her speech, is most enlightening in this context. She said, 'The Bill is a very carefully crafted set of proposals. I very much admire the thoughtful way in which the noble Lord, Lord Joffe, has conducted the drafting and his commitment to amend it to best meet the widest possible range of views. It contains multiple safeguards against misuse. It deserves our and, indeed, the Government's support.'

I note that Health Professionals for Change spokesperson Ray Tallis was heavily defeated in a debate on assisted suicide this last week in Liverpool by Lord Alton who simply outlined the deficiencies in so-called safeguards mentioned to date.

I see also that Baroness Finlay, Professor of Palliative Medicine in Cardiff, has now joined John Pring and George Pitcher in expressing misgivings about the independent nature of the commission. She says, ‘I have been told by someone close to this that they are not looking at whether (to legalise ‘assisted dying) but how. It can't be independent?’

I wonder who the ‘someone close to this’ was and what else they said. There are lots of interesting leads here for enquiring journalists to chase.

It’s going to be a fascinating week.
Posted by Peter Saunders at 07:17