Five Quick Videos on the Falconer Commission on ‘Assisted Dying’ – What is it all about? 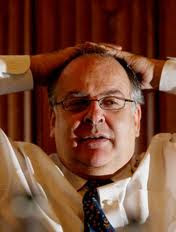 5 January 2012 marked the launch of the findings of the Commission on Assisted Dying, proposed by Dignity in Dying, funded by Sir Terry Pratchett and chaired by Lord Falconer (pictured).

The Commission has called for a change in the law in England and Wales, to allow assisted suicide for adults who are terminally ill and mentally competent but CMF, as part of the Care Not Killing alliance, believes that the current law does not need changing.

I have blogged a lot about this enquiry over the last year or so and especially in the last few days.

Over the last two days I have done 25 broadcast interviews on it including BBC, Sky and international TV networks.

The issues are complex and I know it can be difficult for people to get the big picture so in the five short You Tube videos below I have tried to summarise the main issues in the form of five key questions.

I hope they provide a helpful overview for anyone with an interest in the issue but without too much time to spare.

4. What happens now that the Falconer Commission has reported? (1m41s)

5. Why should Christian doctors be concerned about this issue? (2m52s)
Posted by Peter Saunders at 10:47