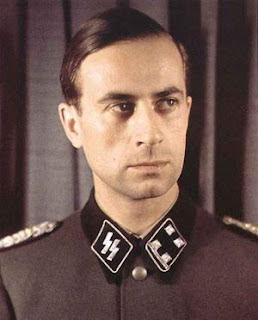 Most when remembering the holocaust will think of six million Jews but apparently this was only the final chapter in the story. What ended in the 1940s in the gas chambers of Auschwitz, Belsen and Treblinka had much more humble beginnings in the 1930s in nursing homes, geriatric hospitals and psychiatric institutions all over Germany.

I have previously written about lessons we can learn from the grisly history of the Nazi doctors.

Dr Leo Alexander, a psychiatrist who worked for the Office of the Chief of Counsel for war Crimes at Nuremberg, described the process whereby doctors were instrumental in the euthanasia programme as follows:

'The beginnings at first were merely a subtle shift in emphasis in the basic attitude of the physicians. It started with the attitude, basic in the euthanasia movement that there is such a thing as a life not worthy to be lived. This attitude in its early stages concerned itself merely with the severely and chronically sick. Gradually the sphere of those to be included in this category was enlarged to encompass the socially unproductive, the ideologically unwanted, the racially unwanted and finally all non-Germans.'

'Had the profession taken a strong stand against the mass killing of sick Germans before the war, it is conceivable that the entire idea and technique of death factories for genocide would not have materialized...but far from opposing the Nazi state militantly, part of the medical profession co-operated consciously and even willingly, while the remainder acquiesced in silence. Therefore our regretful but inevitable judgement must be that the responsibility for the inhumane perpetrations of Dr Brandt (pictured above)...and others, rests in large measure upon the bulk of the medical profession; because the profession without vigorous protest, permitted itself to be ruled by such men.' (War Crimes Tribunal. 'Doctors of Infamy'. 1948)

Six million Jewish men, women and chlidren...'Those who cannot remember the past are condemned to repeat it'(George Santayana)

But most interesting is the document's conclusion:

Seven million British unborn babies who would now be men, women and children...'Those who cannot remember the past are condemned to repeat it'.
Posted by Peter Saunders at 14:42