Lessons from Stephen Hawking and Kathryn Higham about assisted suicide 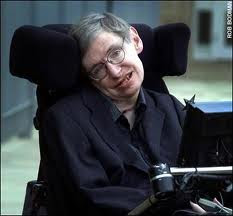 Hawking is probably the world’s most famous sufferer of motor neurone disease (MND) and apart from his contributions to science has also taught us two very important things relevant to the euthanasia debate.

First is the unreliability of doctors’ prognostic forecasts. When first diagnosed as a Cambridge PhD student in 1963 Hawking was told that he had at most a life expectancy of two to three years and would not finish his PhD.

However, like the Lockerbie bomber Abdel Al-Megrahi and Great Train robber Ronnie Biggs, who were both released from prison in August 2009 allegedly with only months to live but are still with us over two years later, Hawking shows how often doctors are wrong about life expectancies.

This underlines how foolish Lord Falconer’s recommendation that people with ‘less than twelve months to live’ should qualify for assisted suicide really is.

Second, Hawking demonstrates how severe disability does not stop a life having meaning and purpose. So often we are confronted by high profile cases in the media of people who argue that their lives no longer have any dignity because of some serious disability, progressive or otherwise.

There are 70,000 people in Britain with multiple sclerosis (MS) and 5,000 with MND. 1,000 die from the latter each year, three each day, but we only ever hear from that very small number of those (countable on the the fingers of one hand!) who are campaigining for the legalistion of assisted suicide. But they speak only for themselves - not for the huge silent majority.

The general public can thereby gain the mistaken impression that most people with disabilities like multiple sclerosis or motor neurone disease feel this way and this fuels uninformed calls for changing the law from the ‘worried well’.

In fact the overwhelming majority of people with progressive disabling illnesses do not want ‘assisted dying’ but ‘assisted living’ – help and support to live as well as they can given their circumstances in the days of natural life that they have left.

Sadly the media, and especially the BBC, do not usually grant much airtime or column inches to the majority, one reason why I try to highlight inspiring stories, like that of Matt Hampson, on this blog.

I was therefore pleasantly surprised and encouraged to read on the BBC website last week the testimony of MS patient Kathryn Higham, movingly titled 'Every breath is precious' which I have reproduced below.

It underlines the fact that the desire to end one’s life is far more about the person than about the underlying disability or disease. Not surprisingly, she did not welcome the findings of Lord Falconer’s ‘commission’:

Kathryn Higham gets angry when she hears claims that assisted suicide is the only way to achieve a ‘dignified’ death.

"My aunt had motor neurone disease and handled it with dignity and when her end came it was not with horror or pain but with peace," said the 43-year-old mother of one from Bolton.

Mrs Higham, who has multiple sclerosis, said she was incensed by a new report from The Commission on Assisted Dying, the body set up by campaigners for legalised assisted suicide.

When she was diagnosed with MS in 1999 she feared she would die from the condition.

"I was so relieved when I found out it was not a terminal condition, I realised my life was precious," she said. "You shouldn't be ending your life, every breath is precious."

She added that she was very angry when she heard other people with MS, such as campaigner Debbie Purdy from Bradford, call assisted suicide laws.

"There is no need for anyone to die an agonising, undignified death these days, you do not die of MS, you die of infections caused by your reduced immune system."

She added that people with serious illnesses who campaign for assisted suicide create the wrong impression of everyone with that condition.

"For example it makes it look as if everyone with MS wants to die," she said.
"You never hear of the people with terminal illnesses who die a peaceful, dignified death."

She added: "Having a positive attitude is 50% of the battle. My husband is completely behind me, he doesn't believe in assisted suicide either and also shares my positivity."
Posted by Peter Saunders at 11:56