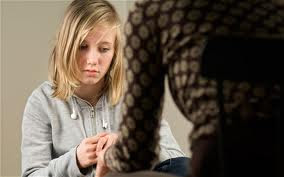 When an amendment aimed at giving women with unplanned pregnancies access to independent counselling was lost by 118 votes to 368 last year, things looked grim.

But, as reported in the Daily Telegraph today, the Government is now pressing ahead with changes which could see women considering abortion given this right.

The original amendment, by MPs Nadine Dorries and Frank Field, was initially welcomed by the health secretary but support was withdrawn when pressure was placed on Prime Minister David Cameron after former Liberal Democrat MP Evan Harris approached the deputy PM Nick Clegg. The PM then backed down apparently to appease the powerful pro-abortion lobby.

That same lobby was also behind the recent capitulation giving permission to commercial abortion ‘providers’ like MSI and BPAS to increase their ‘market share’ by advertising abortion ‘services’ on television. This was despite these groups already accounting for 60% of the 200,000 abortions carried out in Britain each year. 93% of these 110,000 ‘private’ abortions are actually paid for by the British taxpayer along with all abortions performed in the NHS.

In England, the NHS spent £118 million on abortions in 2010, of which £75 million went to private clinics which had gained a virtual stranglehold on taxpayer-funded abortions under the last government.

But now the Department of Health (DoH) has drawn up plans to radically reform the assistance given to thousands of women with crisis pregnancies.

Among them is a proposal to place abortion providers under a legal obligation to offer women access to independent counselling, stripping them from providing any ‘in-house’ service.

According to the Telegraph the draft proposals will set out three options:

1. This would see abortion clinics, such as those run by the British Pregnancy Advisory Service (BPAS) and Marie Stopes International (MSI), barred from providing counselling, and under a legal duty to refer women seeking it to an independent service - as had been laid out in Mrs Dorries’ amendment.

2. A system of ‘voluntary registration’, meaning that any organisation offering counselling to women with a crisis pregnancy would have to meet minimum standards, and only use appropriately-trained counsellors.

3. Retaining the current system where commercial abortion ‘providers’ have a virtual monopoly on any counselling and women are given little option to consider the alternative options of adoption or keeping the baby.

Ministers are braced for fierce debate over the proposals, which are due to form a Department of Health consultation, likely to begin next month.

Pro-life campaigners believe the introduction of independent counselling to give women ‘breathing space’ could reduce the number of abortions by one third.
A spokesman for the DoH said: ‘Work is under way to develop proposals so women can access independent counselling but no decisions have yet been taken. It's crucial that women considering an abortion get the best advice and support available so they can make the right decision for them. We will consult on this publicly later this year.’

This news is a very positive development.

Back in 2008 CMF carried out a study of abortion rates in European countries and discovered that those with ‘right to know’ legislation (offer of counselling, advice, information about alternatives) had, on average, abortion rates that were 30% lower than those (like Britain) which didn’t.

The clear message is that many women, given proper advice and support, choose not to abort.

For many women the choice to abort is not a choice at all. It is rather the choice they make because they feel they have no choice. It is the un-choice; the choice made for fear that keeping the baby might leave them alone without support or help; deserted by partners; marginalised by friends; frowned upon those who see children not as a precious gift, but as an encumbrance.

I cannot see how anyone in their right mind could deny women an opportunity to consider alternatives to abortion and will be following these encouraging developments with great interest.

Ultimately this is about giving women the real choice that they currently lack.
Posted by Peter Saunders at 09:25